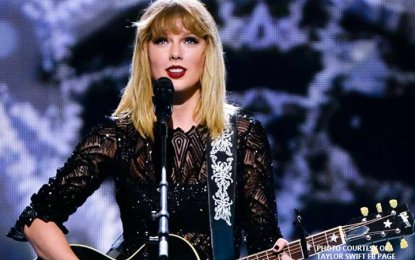 LOS ANGELES — Pop star Taylor Swift’s stalker, who was accused of threatening to kill the singer and her family, has been sentenced to 10 years of probation.

According to E! News, Frank Andrew Hoover was arrested in November 2016 after he violated a restraining order Swift had against him.

The order was filed a month earlier after Hoover allegedly stalked the singer following her concert at a Formula 1 race.

Based on the documents, Hoover had been emailing Swift’s father, Scott, for several months, threatening to murder the entire family. The contents of the emails were revealed in the indictment.

In the messages, Hoover allegedly told the family, who he called the “evil family of devils”, to “enjoy the brain aneurysms and death” and also allegedly said, “Decided that we are going to end all the Swifts on one day because I can’t stand that virus s**t your daughter spread.”

In addition to 10 years of probation, TMZ reported that Hoover’s location will be monitored by GPS for at least the first year of his probation and he has to stay “a mile away” from the Swifts.

“Hoover also has to complete psychological testing, and attend substance abuse classes, surrender all firearms, and undergo random drug testing,” according to the site. PTI-northboundasia.com