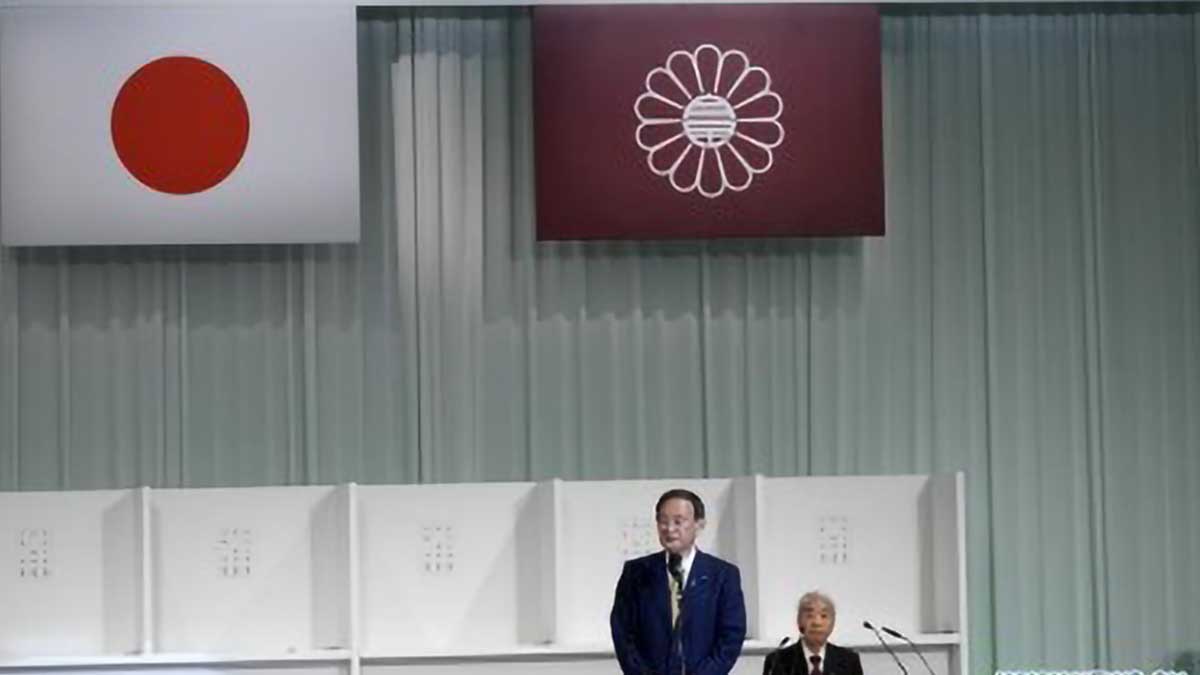 At a joint plenary meeting of party members from both houses of the Diet and delegates from local chapters, Suga, 71, won 377 votes and was the front-runner from the beginning of the election race garnering the support of five of the LDP’s seven major factions and a hefty number of unaffiliated lawmakers.

Such factions included the largest within the LDP led by Hiroyuki Hosoda, a former secretary-general, along with another led by LDP Secretary-General Toshihiro Nikai. Suga himself, however, does not belong to any factions.

Deputy Prime Minister Taro Aso, a political heavyweight in the LDP, who serves concurrently as finance minister, also threw the weight of the faction he heads behind Suga.

The other two contenders, Fumio Kishida, 63, a former foreign minister, secured 89 votes, while Shigeru Ishiba, 63, a former defense minister and a rare critic of Abe within the LDP, received 68 votes.

Suga, a native of Akita Prefecture, is now virtually assured of becoming the next prime minister owing to the LDP’s dominance in both chambers of Japan’s bicameral parliament. He is expected to be named as the new prime minister at an extraordinary Diet session to be convened on Wednesday.

Suga, who has been one of Abe’s closest confidants for almost eight years, said after the election that he will continue Abe’s policies amid the coronavirus outbreak.

The election was triggered by Shinzo Abe’s abrupt announcement late last month that he was stepping down due to a recurrent health issue that also brought his first tenure as prime minister to an abrupt end in 2007.

Suga’s term as LDP president will be limited to the remainder of Abe’s current three-year term through September 2021.

However, speculation has been swirling recently that he may call a general election as early as next month to improve his chances of winning a full three-year term as LDP leader and capitalize on the party’s popularity, which tends to improve after a leadership change.

Two of Suga’s powerful supporters, Aso and Defense Minister Taro Kono, have both hinted at a snap election being held soon with Aso saying that the next administration would likely face criticism for being formed without a public mandate.

Kono has made similar remarks, saying that he expects a general election in October.

Suga, however, has said that only when the Covid-19 pandemic has been brought under control would he think about dissolving the more powerful lower house of parliament for a snap election.

Due to Abe stepping down mid-term, the LDP’s General Council decided it would be prudent to hold a scaled-down presidential election with voting applicable only to lawmakers and delegates from the party’s local chapters, with rank-and-file members excluded from the process.

The abridged selection process was decided by the council to simplify the process and to avoid a political vacuum, particularly as the government continues to grapple with the Covid-19 pandemic.

In the scaled-down vote, 394 Diet members cast ballots, and a total of 141 votes were cast by three delegates each from the country’s 47 prefectural chapters.

All eyes are now on Suga, as the presumptive prime minister, and the lineup of his cabinet, as well as his policies looking ahead. (Xinhua)