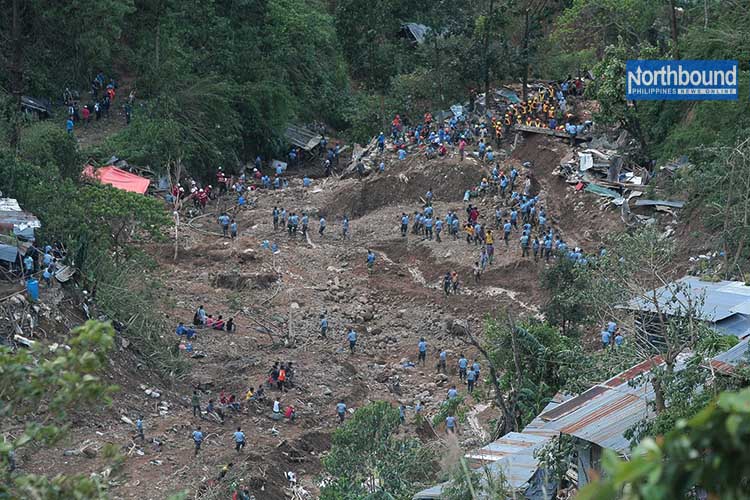 MANILA — Landslides may recur in Northern Luzon due, this time, to Typhoon Rosita, which the weather bureau has forecast to strike on Tuesday (Oct. 30), a government geologist has warned.

Mines and Geosciences Bureau (MGB) geologist Ruth Madrideo said “Rosita” will raise Northern Luzon’s landslide susceptibility, as the soil in the area is already saturated with water from the downpour of Typhoon Ompong in September.

“Rain from ‘Rosita’ will also increase the landslide risk in some Northern Luzon areas, where land slopes steeply,” Madrideo added in an interview with the Philippine News Agency (PNA) on Monday.

Not all landslides occur during the downpour, since some happen afterward, she noted, advising residents in the northern regions to be careful.

Ifugao and Benguet are the provinces in CAR, where Madrideo said many areas have land with slopes exceeding 45 degrees.

“Those areas are already highly susceptible to landslides,” she said.

The people there must heed the government’s warnings, since “Rosita” will increase the possibility of landslides, she added.

In its 5 p.m. severe weather bulletin on Monday (Oct. 29), the Philippine Atmospheric, Geophysical and Astronomical Services Administration (PAGASA) forecast “Rosita” to make a landfall on Tuesday morning in the Southern Isabela-Northern Aurora area of Northern Luzon.

PAGASA expects winds of 121 to 170 kilometers per hour for at least 18 hours in these areas.

Winds from 61 kph to 120 kph may be expected in these areas for at least 24 hours, PAGASA added. PNA-northboundasia.com