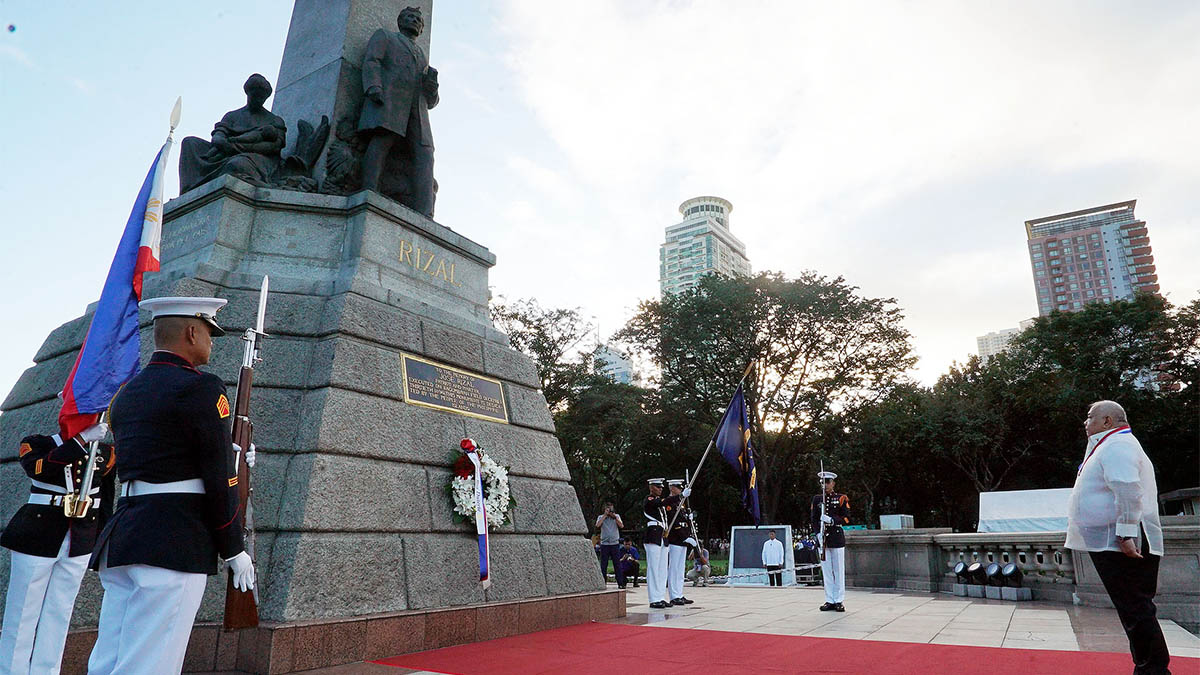 MANILA — The descendants of Saturnina and Maria, sisters of the country’s national hero, Dr. Jose P. Rizal, on Monday joined the national and local government officials in commemorating the 123rd anniversary of Rizal’s martyrdom.

Jeremiah Villaroman, who is related to Rizal’s eldest sister Saturnina, said it is laudable that the Filipino people still remember what Rizal did during his time.

“It is very good that we keep this tradition of celebrating his death anniversary because as we know that he is our national hero and he was part of the revolution that transcended even now,” he said in a media interview after the commemoration activities at the Rizal Park in Manila.

“Until now even the youth it is important that we still remember what he has done and all the lessons that his given everyone and today is just a reminder,” Villaroman added.

Villaroman said President Rodrigo Duterte informed their family that the Chief Executive will be celebrating the annual event in Davao City.

Villaroman called on the Filipino youth to continue to learn all the lessons and values that Jose Rizal inculcated to the minds of the Filipinos.

Another relative of Saturnina, Bambi Reyes Virata, expressed gratitude to the people for their continuous respect to the country’s national hero.

“Salamat at talagang ginagalang natin si Jose Rizal. Malaki ang sakiripisyo ng kanyang pamilya noong siya ay nabubuhay at nung sya ay namatay (I’m so thankful that we still respect Jose Rizal. His families did a lot of sacrifices when he was still alive and when he was executed),” she added.

Also present during the event was former Tourism Secretary Gemma Cruz Araneta, who is a descendant of Maria Rizal.

“Our appeal to the youth is to practice Jose Rizal’s teachings,” he said at the group’s celebration of Jose Rizal’s 123rd death anniversary.