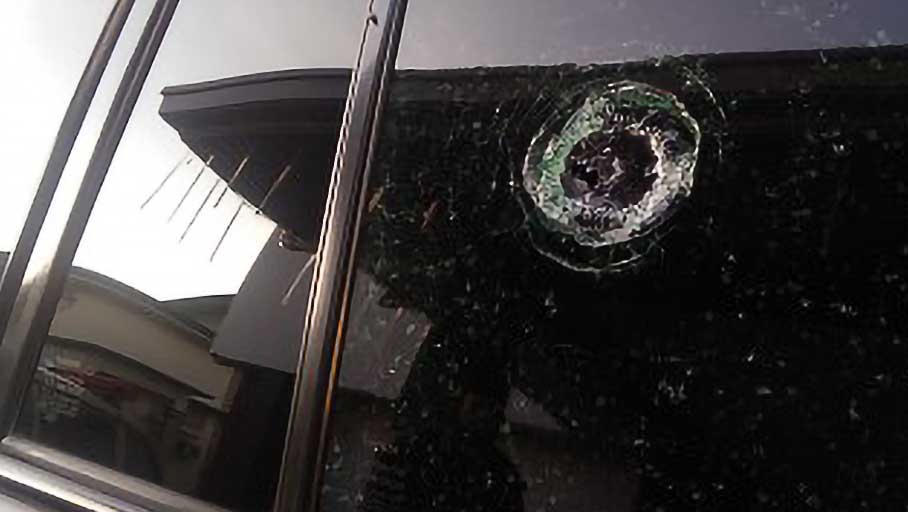 SAN ANTONIO, Nueva Ecija – The Nueva Ecija Police has vowed to conduct an all-out investigation into the gun attack on Mayor Arvin Salonga of this town on Tuesday.

Salonga, who was driving the SUV, was unhurt but his aide Danny Camelo, 53, sustained a shallow gunshot wound in the neck.

Saro said he visited Salonga to ensure the local chief executive was okay.

“As of ngayon, nakakuha ng mga footages at ongoing ang investigation (As of now, we already got the footage and the investigation is ongoing),” he said.

Salonga said he was driving the SUV (with plate number ZTU 515) with Camelo at the passenger seat on the way home from San Leonardo town when fired at by some four people upon crossing a bridge in Jaen.

The place was about 300 meters from a police-manned quarantine checkpoint, he said, adding that Camelo was declared safe.

Some of the suspects, who waited on the roadside, were wearing short pants and armed with short firearms.

Salonga, who had not employed any police security since 2016, readily discounted politics as a possible motive behind the attack, noting he was unopposed during the last election.

“Ngayon naman ay walang nagpaparamdam at wala pang kasiguruhan (election) dahil sa pandemya (As of now, no one is hinting to run and there is no certainty about the election due to pandemic),” he said. Marilyn Galang / PNA – northboundasia.om