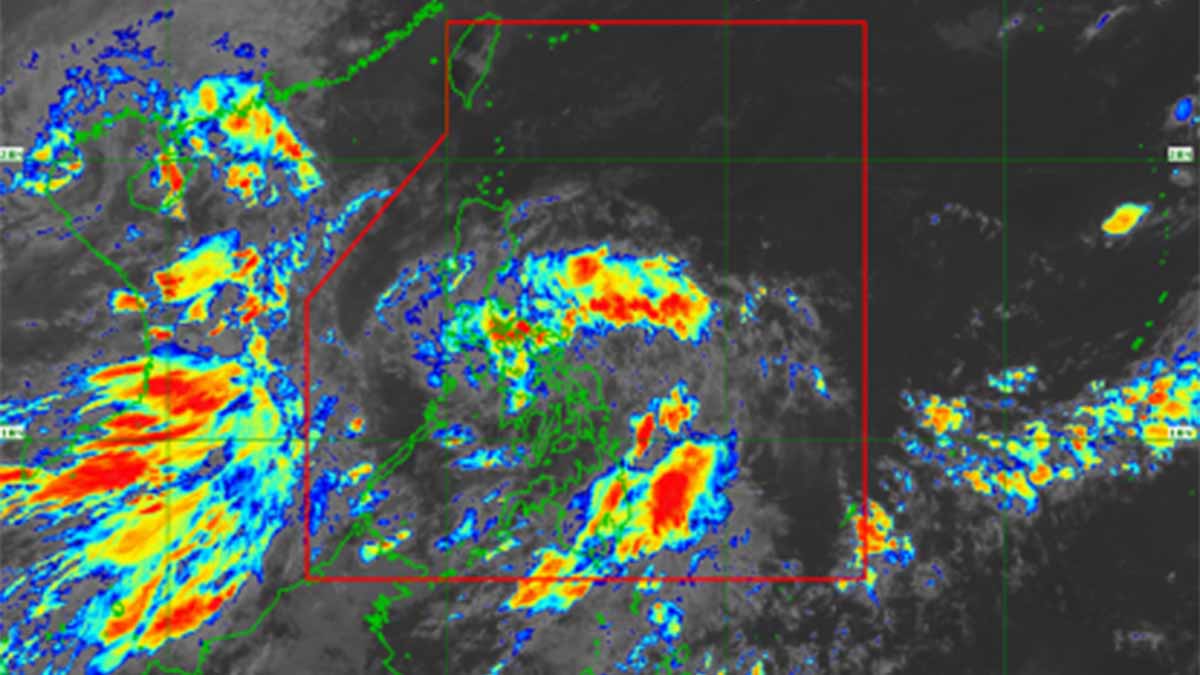 MANILA – Tropical Depression Ofel has maintained its strength while moving over the inland seas of Southern Luzon. It is expected to pass close or over Romblon and Mindoro provinces, the weather bureau said in its 11 a.m. bulletin on Wednesday.

Ofel packs maximum sustained winds of 45 kph near the center and gustiness of up to 55 kph. It was last tracked 50 kilometers west of Juban, Sorsogon, moving west-northwestward at 10 kph.

Light to moderate with at times heavy rains will be experienced over Metro Manila, Cagayan Valley, Cordillera Administrative Region, rest of Central Luzon.

Moderate to heavy rains will also be experienced over Caraga, Davao Region, and Sarangani, and light to moderate with at times heavy rains may prevail over the rest of Mindanao due to the southwest monsoon.

Flashfloods and rain-induced landslides may occur during heavy or prolonged rainfall, especially in areas highly susceptible to these hazards.

Meanwhile, tropical cyclone wind signal (TCWS) No. 1 was hoisted over Batangas, the southern portion of Laguna, and central and southern portions of Quezon. Strong to near gale force winds will be experienced in these areas.

Gale warning is still in effect over the seaboards of Batanes and Ilocos Norte, and the northern seaboard of Cagayan including the Babuyan Islands due to rough seas.

PAGASA also maintained that moderate to rough seas will prevail over the eastern seaboards of Luzon and Visayas in the next 24 hours. Ma. Cristina Arayata /PNA – northboundasia.com