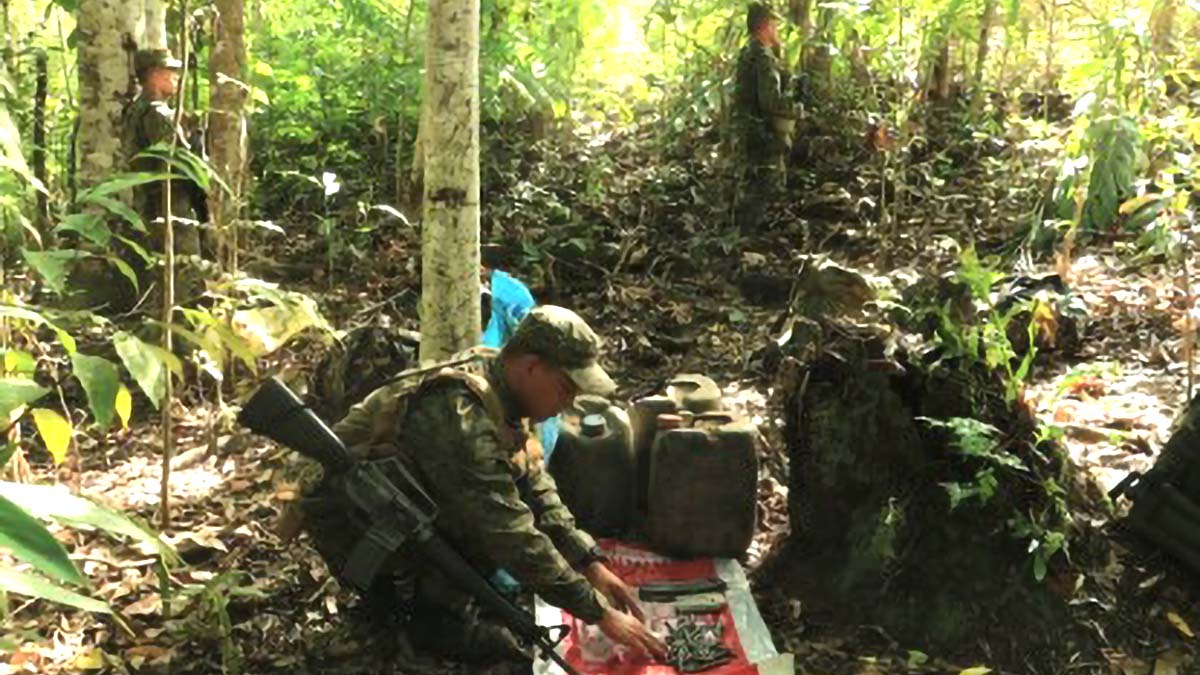 BUTUAN CITY – Civilian tip-offs led to the discovery of a hideout of the communist New People’s Army (NPA) here, resulting in the recovery of high-powered firearms, ammunition, and food supplies.

In a statement Wednesday, the Army’s 23rd Infantry Battalion said that information provided by villagers led to the discovery of the NPA hideout in a forested area of Sitio Lamusig, Barangay Tungao here on Tuesday.

1Lt. Roel T. Maglalang, 23IB civil-military operations officer, said a combined police and military team scoured the area and discovered the 50-square meter hideout that can accommodate around 10 persons where ammunition and food supplies were stored.

“The operation was in response to reports by concerned civilians in the area on the activities of the Communist NPA Terrorists (CNTs) and the location of a hideout,” Maglalang said.

Lt. Col. Julius Cesar Paulo, 23IB commander, expressed gratitude to the villagers who provided “positive and timely information to the government forces regarding the activities, whereabouts of the enemies, and the concealed ammunition and supply of food”.

“We are glad that the residents of Sitio Lamusig willingly and bravely supported us in ending insurgency in conflict-affected areas in Butuan City and the rest of Agusan del Norte,” Paulo said.

He said civilian tip-offs on the activities of the rebels proved that “they are already tired of the presence of the NPA rebels in their localities. It also means that the CNTs are losing mass support as the local residents now shift their support to the government”.

“The ordinary civilians are already tired of your harassments and intimidations. You can run but the long arms of the law, with the support of the people, will soon catch you. It is better to surrender now and avail of the programs the government is offering for you,” Paulo told the rebels.

The NPA is listed as a terrorist organization by the United States, European Union, the United Kingdom, Australia, Canada, New Zealand, and the Philippines. Alexander Lopez / PNA – northboundasia.com