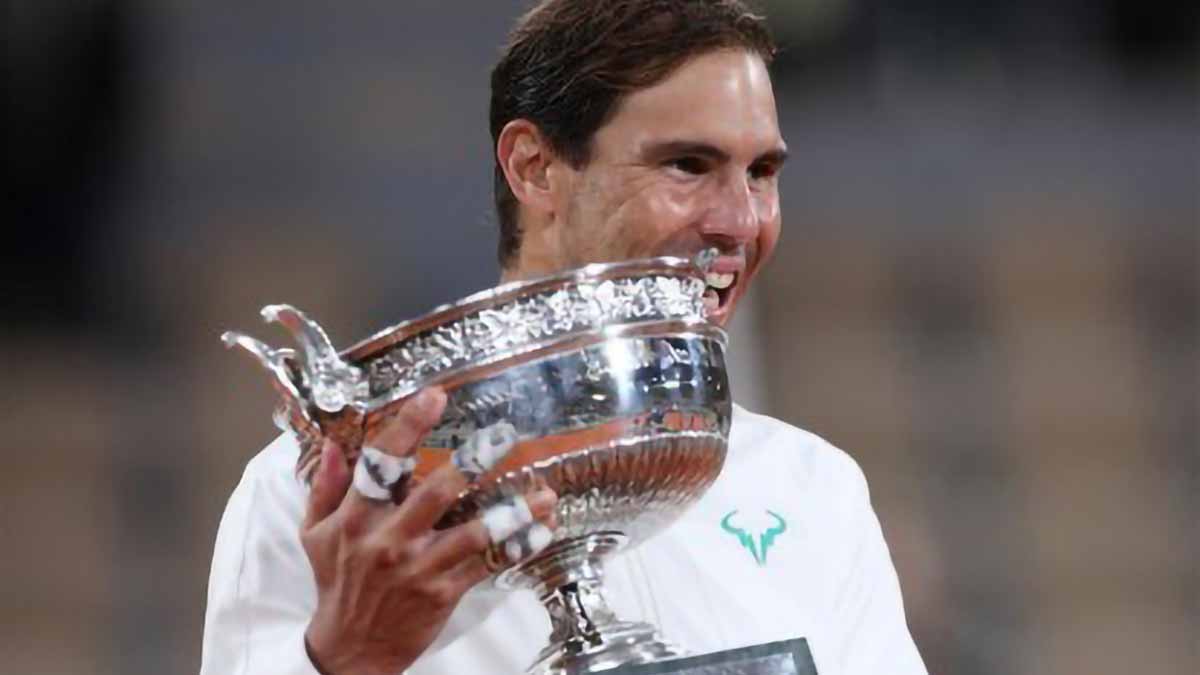 PARIS – Rafael Nadal became the fourth men’s player to reach 1,000 Tour-level wins on Wednesday after coming from one set down to beat fellow Spaniard Feliciano Lopez 4-6, 7-6(5), 6-4 in his opening match at Bercy Arena.

“It has been a special moment. I know it’s a very special number,” said the 34-year-old, who was presented with a glass trophy with “1,000” emblazoned on it in the empty stadium after the victory.

“The real feeling, the personal feeling is completely different. It makes a big difference that the court is empty,” Nadal added.

To curb the resurgence of the Covid-19 pandemic in the country, the French government has imposed a national lockdown which forced the indoor hard court Masters to be held behind closed doors.

In the match against his good friend, Nadal fired 16 aces and saved three of four break points to snap a two-match losing streak against the 39-year-old veteran.

“I started the match in the worst way possible, especially against a big server like Feli,” said Nadal. “After that, I played under a lot of pressure the rest of the match, but I found a way.”

Next for the top seed is Australian Jordan Thompson, who stunned Croatia’s 15th seed Borna Coric 2-6, 6-4, 6-2 earlier in the day.

Nadal has never won the title at the Paris Masters and if he wins the trophy this week, it would see him equal Novak Djokovic’s record of 36 Masters titles. (Xinhua)