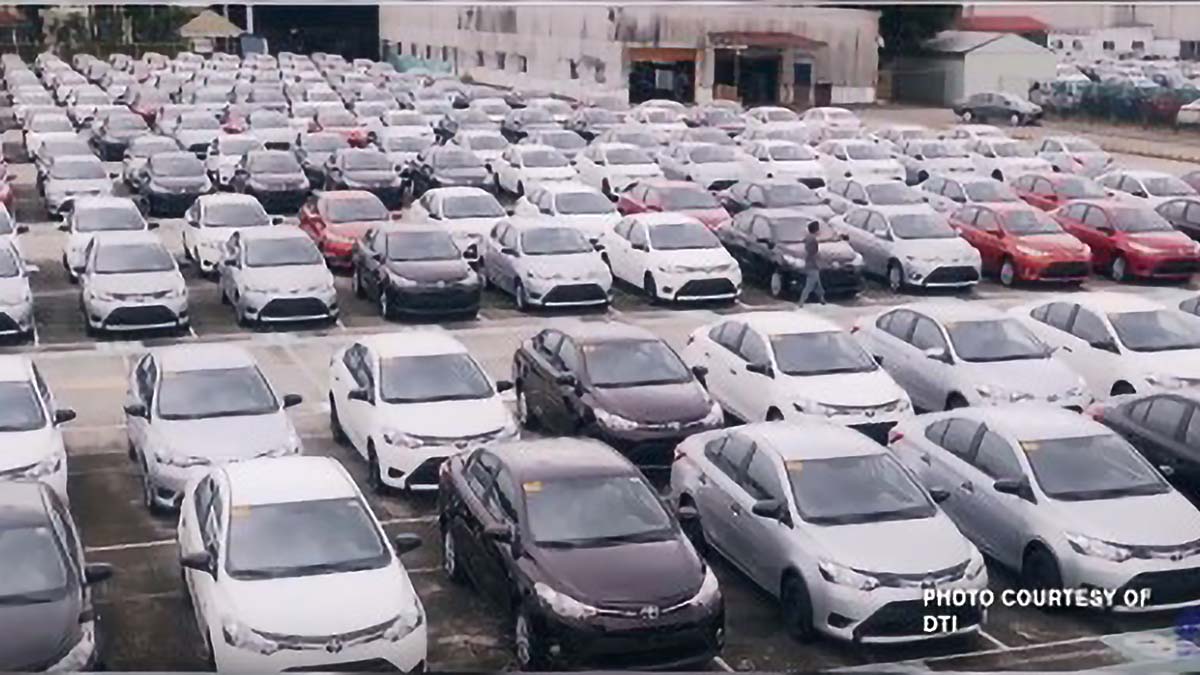 MANILA – The Chamber of Automotive Manufacturers of the Philippines, Inc. (Campi) and Truck Manufacturers Association (TMA) reported Monday that vehicle sales in May 2020 recovered as the enhanced community quarantine (ECQ) was lifted in some parts of the country.

In the joint report of Campi and TMA, vehicle sales last month surged a whopping 3,500 percent to 4,788 units from 133 units sold in April this year.

Sales of passenger cars increased to 1,389 units in May from only 26 units sold in April, while commercial vehicle sales went up to 3,399 units from 107 units.

In a statement, Campi president Rommel Gutierrez said the industry anticipated the surge in vehicle sales as soon as the lockdown measures eased.

Metro Manila, Central Luzon, Calabarzon (Cavite, Laguna, Batangas, Rizal, and Quezon), Pangasinan, Benguet, Iloilo, and Cebu were under enhanced community quarantine (ECQ) for two months until May 15, while the rest of the country was placed in general community quarantine (GCQ) starting May 1.

“While May figures are still way below the industry’s monthly average sales performance, we welcome any positive signs of recovery amid the pandemic and this season of new normal where dealerships have resumed operations at a reduced level and stringent safety protocols are being implemented at all times,” Gutierrez said.

Before the coronavirus disease 2019 (Covid-19) cases in the country surged, vehicle sales in the local market reached 23,723 units in January this year. This figure was still 12 percent lower from January 2019 sales of 26,888 units due to the Taal Volcano eruption.

Last year, the industry reported its highest monthly sales for 2019 at 34,465 units.

“At this point, the industry anticipates a dampened consumer demand for new cars for the coming months because understandably, cars are considered as big-ticket investments. But we hope to see some gradual recovery perhaps by (the) fourth quarter of the year,” Gutierrez added.

Toyota Motors Philippines (TMP) remains the top vehicle seller in the market in the past five months with total sales of 28,163 units.

But TMP’s sales this year declined by 52.2 percent from 58,886 vehicles it sold last year.