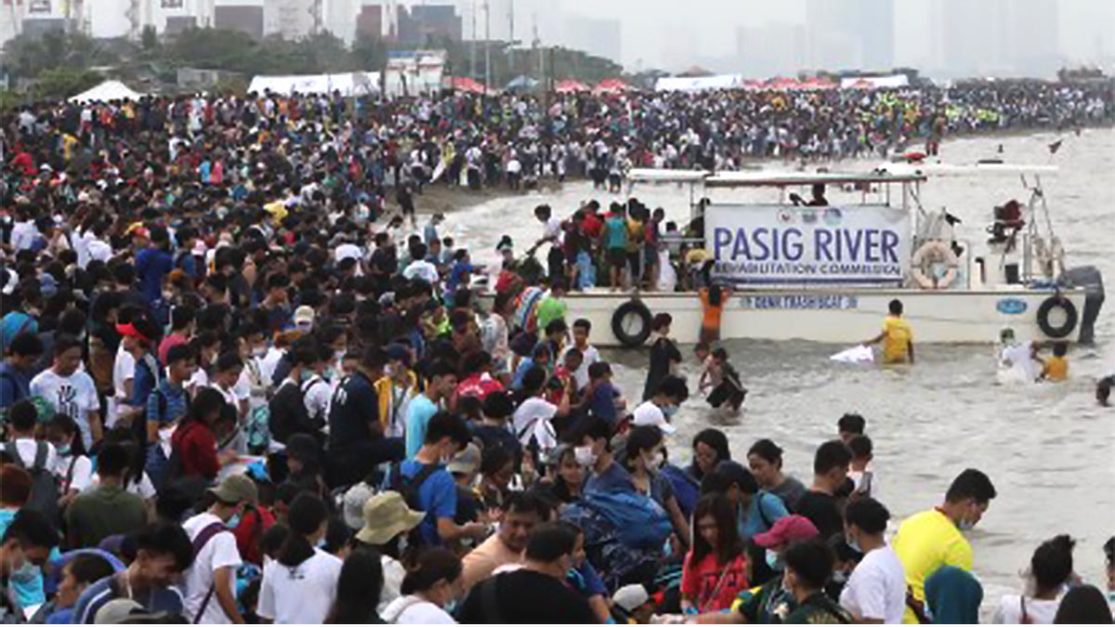 MANILA — The Department of Environment and Natural Resources (DENR) welcomed volunteers’ for coastal clean-up activities on Saturday (Sept. 21) but maintains that local government units (LGUs) nationwide must still be the prime solid waste management movers in their respective areas of jurisdiction to address the garbage problem.

“That function has been devolved to LGUs already,” Aguinaldo said on the sidelines of the 2019 International Coastal Clean-up Day (ICCD) celebration in Pasay City on Sept. 21, 2019.

He noted with such devolution, LGUs must ensure compliance with the law requirements like waste segregation, reduction, reuse, and recycling.

“Voluntary cleanups are just support for efforts of LGUs to address waste,” he said.

He said the magnitude of the waste problem in Manila Bay highlights need for intensifying LGU action against garbage in NCR, Central Luzon, and Calabarzon regions which are along this water body.

“There’s (an) increasing number of volunteers who help clean Manila Bay but garbage in this water body is plenty also,” he said.

He clarified volunteers’ coastal clean-up activities must not dull LGU action on waste.

Proclamation 470 series of 2003 declared the third Saturday of September every year as ICCD to promote public vigilance against waste on land and water.

He expects the DENR to soon release data on the number of volunteers who participated in the 2019 ICCD and the quantity of trash recovered during the celebration’s coastal clean-up activities.

In NCR, the DENR designated Baseco Beach and Polytechnic University of the Philippines in Manila, Gloria Maris-Cultural Center of the Philippines and SM by the Bay in Pasay City, Marine Tree Park in Navotas City and Las Piñas-Parañaque Critical Habitat and Ecotourism Area as the 2019 ICCD clean-up sites.

The government is rehabilitating Manila Bay so this water body can be fit again for swimming and other forms of contact recreation as the Supreme Court ordered in 2008.  Catherine Teves / PNA – northboundasia.com