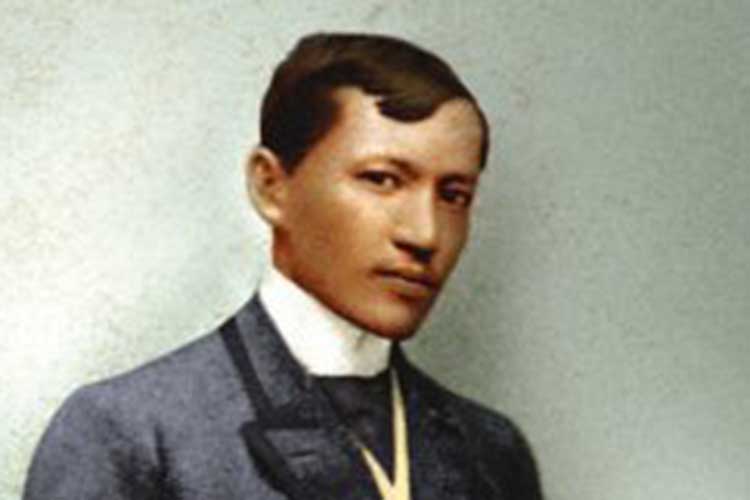 MANILA — Dr. Jose P. Rizal has always been an interesting subject. As his 157th birth anniversary draws near, expect that articles, columns, and features will be written about him. We are enamoured, fascinated, challenged, even revolted by Rizal. He can be both a uniting and dividing figure. His works and ideas are carefully analyzed and may even be used to espouse support for a national program like the shift to the Federal system, for example. But using Rizal to justify and advance one’s cause or that of another’s is not new. During the Second World War, Rizal was used to resist the Japanese occupation and to support the Japanese-sponsored government by opposing sides at the same time.

War came to the Philippines in the morning of Dec. 8 1941, when the Empire of Japan attacked the Philippine Islands, an American territory, as part of its ‘surprise offensive’ in the Pacific area. The air strength of the Philippines was reduced to a handful of fighters after the initial attack forcing the Asiatic Fleet to move south from Manila Bay. In the three weeks that followed, the Japanese established a complete air and navy supremacy in the Philippines. To spare Manila from the “possible ravages of attack”, the city was declared an Open City on December 24. Three days after, the Consul General of Japan in Manila, Katsumi Nihro, sent a letter to Jorge Vargas, Mayor of Manila, to discuss cooperation in maintaining the peace and order in the city.

The surrender of the city to Japanese control prompted the use of the image of Rizal as a resistance figure. On Dec. 30, Rizal Day, one of the six wreaths offered to Rizal’s monument bore a patriotic thought which read “To Rizal: Your people are fighting for your ideals. Death but not surrender.”

In the evening, a Victory broadcast over all radio stations under the auspices of the USAFFE was aired under the theme “If Rizal Were Alive today.” The broadcast focused on what Rizal would do at the time the Philippines was under attack. The broadcast concluded that Rizal would have “insisted on going to the front lines to join the medical staff, would have been captured by the enemy, and would have been executed”, because if Rizal were alive in 1941, Rizal would have “died again for the same liberty”. The propaganda broadcast depicted Rizal as someone who would have loved liberty in 1941 as he did in 1896. Rizal would have lived for it and “certainly would have died for it”. At the end, Rizal’s Mi Ultimo Adios was recited in its original Spanish text to remind the listeners that the ideals for which Rizal fought and died are the same as those for which Filipinos in the front lines and in the defence lines are fighting and dying for.

In February 1942, Jorge Vargas announced over Station KZRH that the Filipinos under the Japanese military administration may be “able ultimately to work out the realisation of our national destiny”. Vargas made his announcement in the light of the pronouncement of Japanese Premier Tojo promising the Philippines “independence with honour”.

Realising the importance of keeping the Filipinos on their side with the grant of independence, the US Office of War Information, the main propaganda arm of the U.S. government during the war, conducted broadcasts to the Philippines. Former Congressman and U.S. Senator Harry B. Hawes who authored the law granting Philippines its independence come 1946, made ten broadcasts, the first of which included Dr. Rizal. Hawes said that the Japanese will promise independence and self-determination because the Filipinos are their “brothers”. Hawes questioned this notion of brotherhood by asking where the Japanese were when Filipinos were fighting for Freedom? He asked – “Where were these newfound cousins when Rizal faced the firing squad?… Are you to be fooled now with promises for the future? Think of the past of Rizal when he stood before the firing squad and asked that he might face it, and being refused, he made one other request, that the soldiers shoot at his heart and not at his head”.

The broadcasts in the Philippines was aimed to rally the resistance against the Japanese forces, to caution the Filipinos against siding with the enemy, and to remind them that the promised real independence from America was near at hand. Japan was trying to secure Philippine cooperation with the promise of ‘independence’ since the start of the occupation. After the fall of Bataan and Corregidor, this promise was again highlighted by the Commander-in-Chief of the Japanese Expeditionary Forces to the Philippines in exchange for Philippine collaboration.

On June 3, 1943, Rizal’s words were featured in the first Hollywood wartime movie with Bataan as a theme. The movie was produced in 1942 before the first year anniversary of the attack in the Philippines. The Office of War information praised the movie for showing ‘a people’s army fighting a people’s war’, ‘makes an especially good contribution’, and ‘should be given an export license’.

In one of the scenes, a young sailor writes a letter to his mother which appears to be a homage to the soldiers who served in Bataan:

It’s too bad some of the other men I came here with had to get killed. Maybe it don’t seem to do a lot of awful good young men getting killed in some place you never heard of, probably never will. But we figure that the men who died here would have done more than we’ll ever know. Save this whole world. It’s like Corporal Juan Katigbak said. He said it don’t matter where a man dies as long as he dies for freedom.

On the fields of battle, madly struggling with frenzy,
Others give thee their lives, without doubts, without regrets;
The place matters not; cypress, laurel or lily,
Scaffold or open country, combat or cruel martyrdom,
All are alike if needed by home and country

Juan Katigbak was played by a Filipino actor Roque Espiritu. Another Filipino actor in the movie was Jose Alex Havier who played Yankee Salazar. Among the band of soldiers, Havier’s character is the most ardent believer that the help promised by MacArthur is on its way. Both characters died gruesome deaths, Katigbak stabbed from behind with a samurai sword and Salazar hanged on a tree.

The Americans were not alone in using the popularity of Rizal as a propaganda image. Four months later, on Oct. 14, 1943, the Japanese military administration granted Philippine independence. The ‘independence’ was pictured as a fulfilment of Rizal’s desire for his country. It was, according to The Tribune, “Rizal’s dream come true”. The newspaper features a photograph of Rizal’s monument on the Luneta which “expresses eloquently the spirit in which the Republic of the Philippines is born today”.

Our Dr. Rizal would once again figure in a Hollywood propaganda film in 1945’s Back to Bataan. When the character of Principal Bello was ordered by the Japanese to lower the American flag, Bello resisted and was hanged in its place. His death was soon avenged. As the camera pans in on the grave, his epitaph is shown bearing the verse from Dr. Rizal’s Mi Ultimo Adios – The place matters not; cypress, laurel or lily, scaffold or open country, combat or cruel martyrdom, all are alike if needed by home and country. Back to Bataan made use of the memory of Filipino resistance to call for struggle against the common enemy of the period – the Japanese. It was a movie and a carefully monitored propaganda of Hollywood’s wartime genre where Rizal fitted perfectly.

From radio broadcasts to Hollywood films, to Philippine independence, Rizal proved to be an important subject during the war years.

Rizal the propagandist may have been long gone, but Rizal and his ideas as subject of various propaganda lives on. Non Omnis Moriar!(By Geronimo Suliguin)

(About the author: Geronimo Suliguin, a Filipino diplomat, is the director of the Department of Foreign Affairs-Office of Public Diplomacy. Suliguin went to the University of the Philippines for his bachelor’s and master’s degree in History. He is currently taking his Postgraduate education in Historical Studies at Oxford University.)