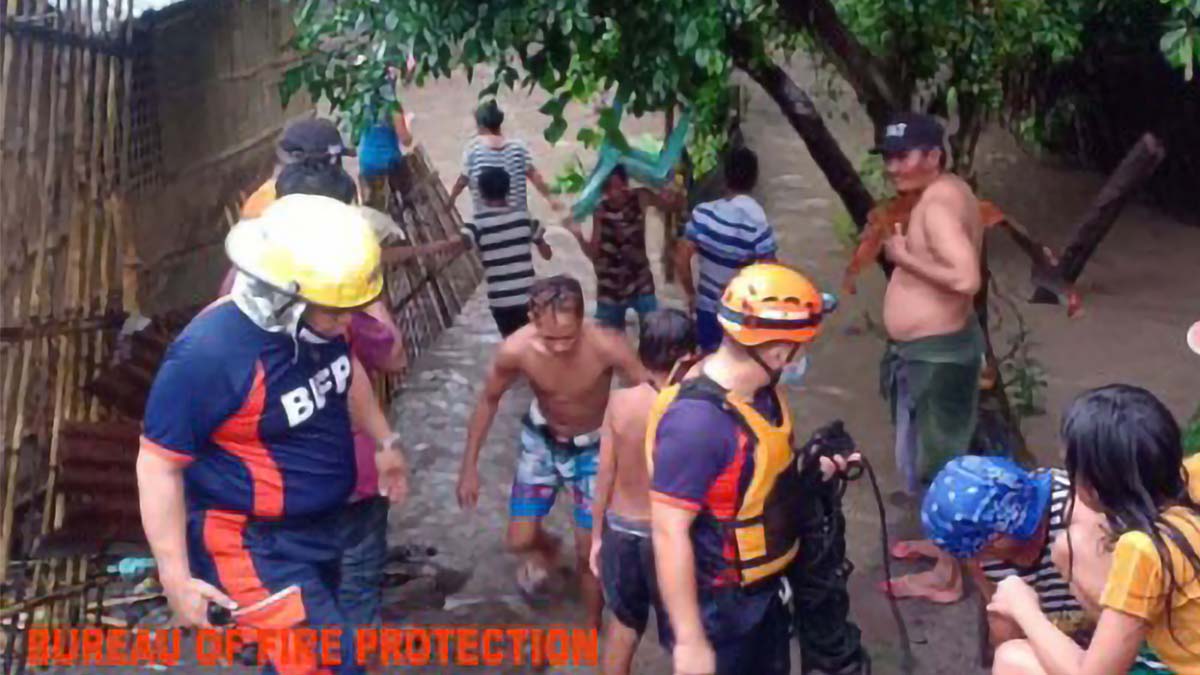 Ogena said huge volumes of floodwaters coming from the upland villages caused the Bulok Creek, the city’s main natural waterway, to swell and cause heavy flooding in various housing communities, the city’s round ball area, old City Hall compound, and a portion of the main public market.

A major landslide also hit a portion of Barangay Assumption, affecting at least two communities but no casualties were reported, Ogena said.

“There were recorded evacuations but most of the affected residents have already returned to their homes as of this morning,” he said in a radio interview.

Ogena said in Barangay San Isidro, some 16 houses made of light materials were damaged by a flash flood that swept a community in puroks Urban Gamay and Daku, which are situated beside two converging creeks.

He said about 150 families were affected by the floods in the area and took temporary shelter at the barangay gymnasium on Tuesday night while two households remained in a daycare center.

Three classrooms of the Bacongco National High School in the same village were damaged after being hit by a fallen 30-year-old Acacia tree,
Ogena said, adding that three households were affected by the floods in Barangay Mambucal, 31 in three sites in Barangay Zone 3, and 33 more in Purok Magsaysay, Barangay Gen. Paulino Santos.

In Barangay Assumption, 46 families from Sitio Lower Ladol and Datal Pitak were evacuated to safer areas due to a landslide, which will reportedly “take about three days to clear,” he said.

Aside from these, Ogena said damage to crops and lost farm animals have been reported but the assessment was ongoing.

The local government, through the City Social Welfare and Development Office, has distributed food packs to the evacuees, he said, adding that they would also provide additional relief assistance to families who lost their homes due to the flashflood.

Ogena said he would convene the City Disaster Risk Reduction and Management Council within the day to further assess the situation and address the other needs of the affected residents. Allen Estabillo /PNA – northboundasia.com