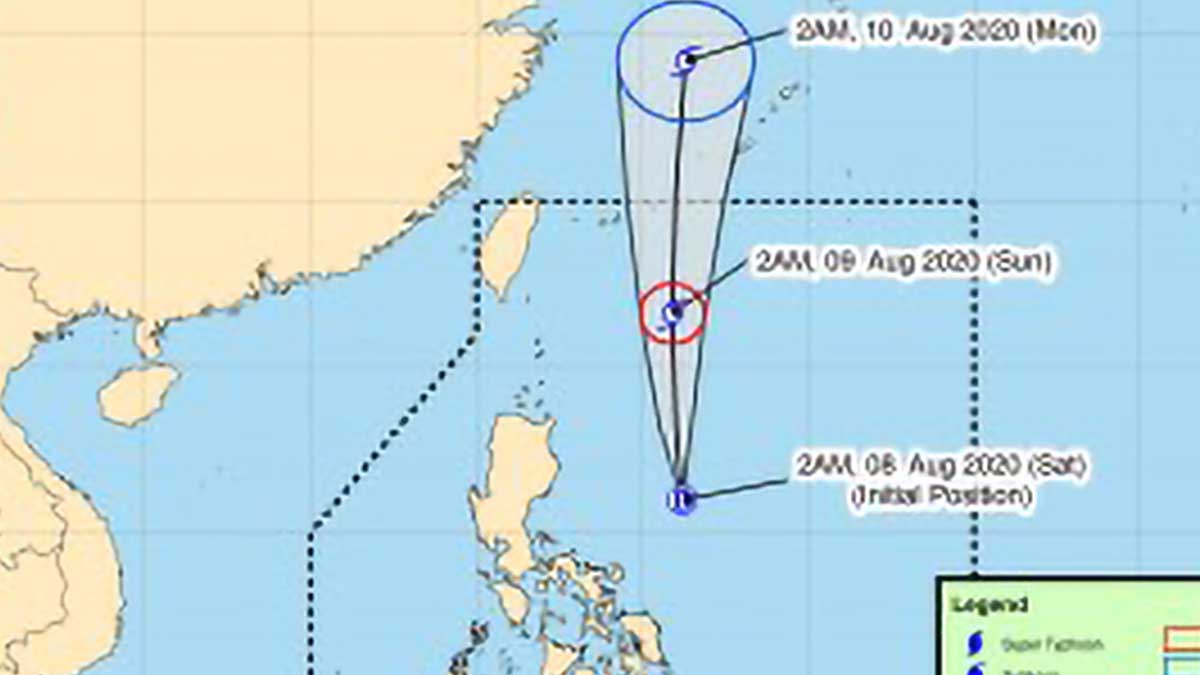 In its severe weather bulletin, the Philippine Atmospheric, Geophysical, and Astronomical Services Administration (PAGASA) said the center of “Enteng” was last estimated at 445 km. east of Casiguran, Aurora and will move generally northward at 10 kph.

However, “Enteng” is not likely to directly hit any part of the country as it moves away from the Philippine landmass.

“It is forecast to move near or over the southern islands of the Ryukyu archipelago and exit the Philippine area of responsibility tomorrow (Sunday) afternoon,” PAGASA said.

“Enteng” is forecast to intensify and turn into a tropical storm by Sunday morning.

The tropical depression will bring scattered light to moderate with, at times, heavy rains over the Bicol and Eastern Visayas regions.

Enhanced by “Enteng”, the southwest monsoon will bring rains over Zambales, Bataan, the Mindoro provinces, Romblon, and northern Palawan, including the Calamian, Cuyo, and Kalayaan Islands.

Pangasinan, the rest of Central Luzon, Metro Manila, Calabarzon, the rest of Mimaropa, and the rest of the Visayas will have occasional rains brought by the southwest monsoon.

Meanwhile, PAGASA said moderate to strong winds headed southwest to south will blow over central and southern Luzon, the Visayas, and Mindanao, causing moderate to rough coastal waters at 1.2 meters to 2.8 meters.