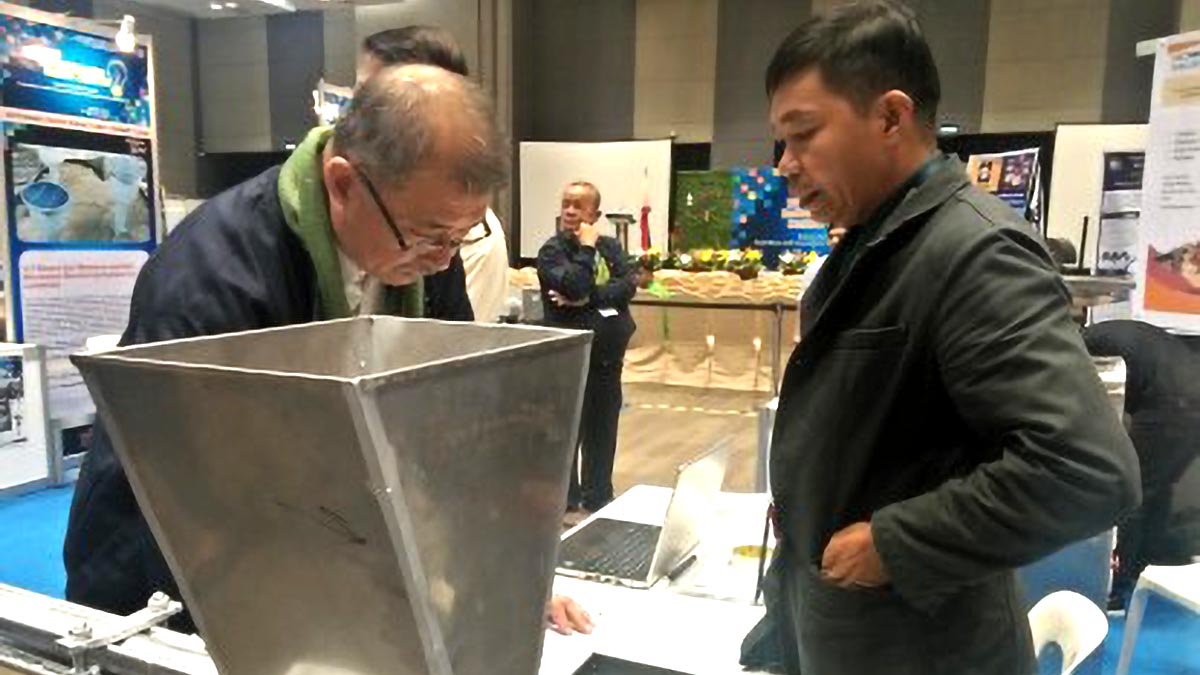 MANILA – An official of the Department of Science and Technology (DOST) is urging inventors to “transfer” their technology so it could have value.

“Until you convert your invention into innovation, it has no value. Are you going to transfer the technology? We challenge you. We hope to see your products in the market,” DOST Undersecretary Rowena Cristina Guevara told the winners of the National Invention Contest & Exhibits (NICE) in Taguig City on Thursday afternoon.

Guevara noted that a product needs to have social value and economic value.

“If these two are not present, then it (product) has no value,” she said.

Technology is transferred from an originator to a secondary winner, especially from developed to less developed countries, to boost their economies.

The NICE is a DOST biennial activity that showcases inventions that won in the regional leg. National winners received cash prizes and certificates of recognition.

Guevara also reminded the winners of the Philippine Innovation Act, which according to her, would resolve the barriers to innovation.

Signed in July 2019, the law would harness innovation efforts to help the poor and the marginalized and enable micro, small and medium enterprises (MSMEs) to be part of the domestic and global supply chain.

“As inventors, let us not forget to think like a child: ‘Nothing is impossible’,” she added.

The winners of the competition were:

First prize (PHP300,000): The Fluidized Bed Drying System, which enables rapid drying of harvested rice, avoiding delays. Drying can be completed in about two hours instead of the usual 12 hours, without affecting grain quality.

First prize (PHP200,000): The “Composite Non-Woven Fabric Heavy Metal  Adsorbent and Method for Preparing the Same”. In this utility model, the preparation involves non-woven fabric activation through electron beam irradiation, graft polymerization of the vinyl monomer from the activated non-woven fabric, post-graft modification with suitable functional groups, and application of the adsorbent in heavy metal adsorption.

Second prize (PHP100,000): The Tractor-Drawn Cassava Digger, which was developed to reduce the manual digging or uprooting of cassava tuber. It was designed with minimum power requirements.

Third prize (PHP50,000): The Method of Producing Coco Board and Product for Various Housing and Carpentry Works. The coco board was developed to convert coconut husks to particle boards. It is less flammable, resistant to white ants and molds, and possesses heat and sound insulation properties. These can be produced and sold at 10 percent to 20 percent lower than conventional wooden boards, according to DOST.

First prize (PHP200,000): The Hybrid Electric Train. DOST’s Metals Industry Research and Development Center has locally designed and developed this hybrid-electric train for public use at the Philippine National Railways. The train is composed of five coaches powered by a generator set and/or batteries.

Second prize (PHP100,000): The “Armchair”, which was designed for multiple uses in different student grade levels, has an adjustable height, and is foldable.

Third prize (PHP50,000): The “Grain ProBe (Buriki) Moisture Meter”, which was designed to integrate a moisture sensing mechanism to a tool called “buriki” and offers accurate and rapid measurement of the moisture content of paddy and corn in bags.

First prize (PHP100,000): The UH1 Shofar: Mass Notification System for Local Disasters. The “Shofar” is a four-in-one solution that increases the capacity of local disaster risk reduction offices to respond quickly and seamlessly to local disasters by providing quick remote alarms and announcements.

Second prize (PHP50,000): The Design and Prototyping of Continuous Screw-Type Salt Iodizing Machine, which uniformly infuses iodine in salt continuously with capacity suitable up to large-scale processors. It is transportable, easy to operate, and has a low power requirement.

Third prize (PHP30,000): The Mechanical Cacao Sheller/Huller, which was designed to convert roasted beans into cacao nibs by breaking and winnowing them. It can process about 96.3 kg. of roasted beans in an hour.

First prize (PHP100,000): The Development and Fabrication of  Digital Apparatus for Sieve Analysis and Soil Classification (SASC). This study focuses on the development and fabrication of a digital soil-weighing apparatus – the SASC Apparatus, a two-in-one apparatus that can do multiple functions with the help of the developed software. This invention aims to aid specific tests, such as analyzing the concept of sieve analysis and soil classifications.

Second prize (PHP50,000): The Highly Accessible and Rapidly Deployable Emergency Network (HARDEN), which aims to provide an alternative method of communication for the victims of disasters and calamities, especially when cellular and Internet service is not available. They would be able to create an emergency signal and communicate with each other through the chat functionality of the HARDEN website.

Third prize (PHP30,000): The IoT-Based Soil Moisture and Soil Movement Monitoring System for Landslide. This study presents the development of a low-cost, real-time electronic device that measures the moisture content, and monitors the soil movement in slopes. A microcontroller with an embedded Wi-Fi module allows data transmission from the sensor to a cloud server.