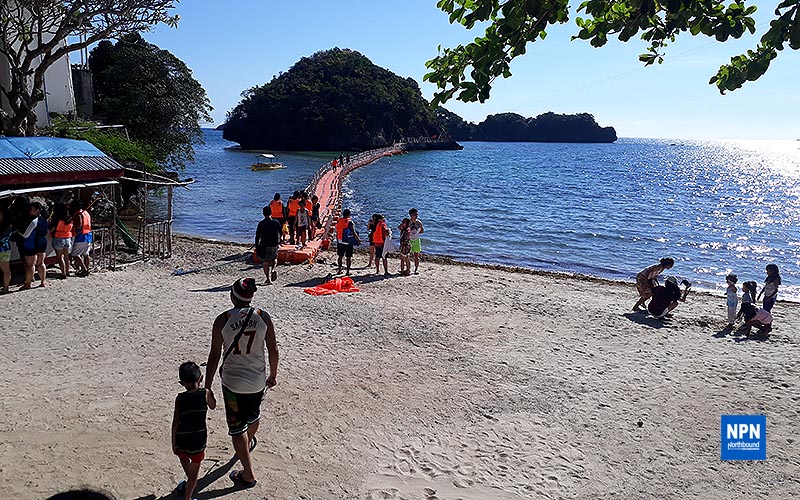 “There were 29 days no travel to the islands due to gale warnings and typhoons,” Sison said.

HINP was only accessible through boats from the Lucap Wharf in the city proper.

The peak of tourist arrivals was in May with a total of 65,604 tourists who visited the islands.

He said the activities being enjoyed by the tourists are banana boat ride, jet-ski ride, island-to-island ziplines, helmet diving, island hopping, and swimming, among others.

HINP has 25 main islands of which, eight are open to tourists, while the Bat and Monkey islands are just for viewing and the rest are still being developed, he added.

“We used to have only three active islands,” said Sison, referring to Governor’s Island, Children’s Island and Quezon Island. “But now, we have the Clave Island, Lopez Island, Marcos Island, Monkey Island, Bat Island and the Old Scout Island, wherein a portion of it is the snorkeling area for its corals.”

“We are looking for more snorkeling areas in the HINP,” he said.