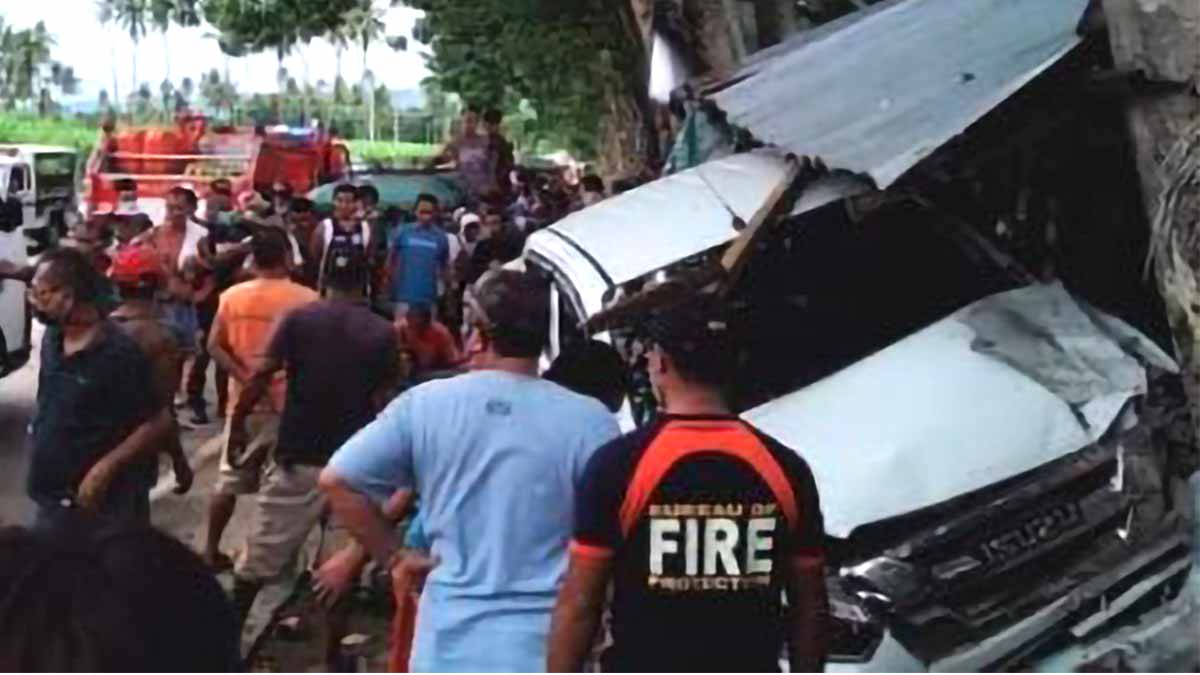 DUMAGUETE CITY – Four elderly women died on Wednesday when an Isuzu pick-up truck crashed into a mini-store where they were having coffee in Barangay Bae, Jimlalalud town in Negros Oriental.

An initial report from the Negros Oriental Provincial Police Office (NORPPO) said the white pick-up vehicle driven by Robert Go Lim, 62, also of Jimalalud, was going north when it suddenly swerved and crashed into the store, which is made of light materials.

The victims were thrown off the ground and into a ditch on impact.

Two of the victims were brought to the Jimalalud Rural Health Unit and the other two to the Guihulngan City District Hospital. They were all declared dead on arrival.

Lim was brought to the ACE Dumaguete Doctors Hospital in Barangay Daro here for treatment.