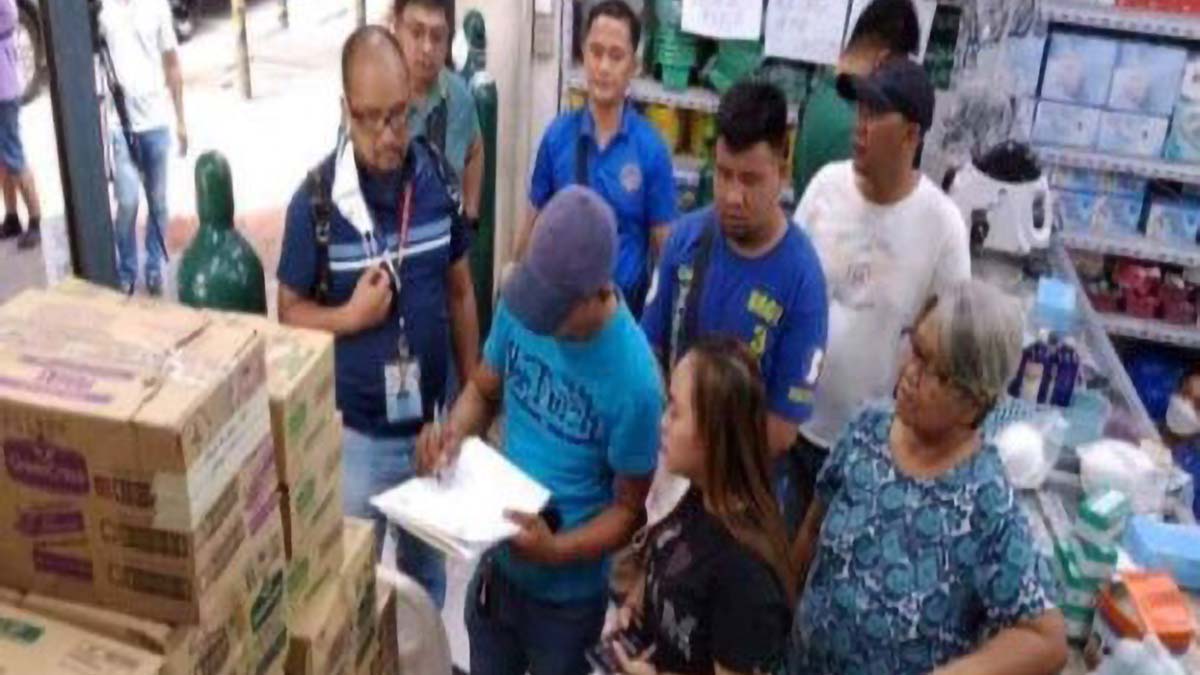 MANILA – Authorities arrested three suspects for profiteering, overpricing and hoarding of ethyl alcohol in separate operations in Caloocan and Manila on Thursday.

In a report submitted to the Philippine National Police (PNP) chief, Gen. Archie Gamboa, members of the Criminal Investigation and Detection Group in coordination with the Department of Trade and Industry (DTI) identified two suspects as Jeffrey Zapanta, a stockman, and Albert Mandap, a bartender who were caught in Sangandaan, Caloocan City for selling 500 ml ethyl alcohol online at PHP140, when it should be only sold for PHP61 to PHP74.25 under the current price ceiling.

During the buy-bust operation, the suspects yielded 83 pieces of 500 ml bottles of Gentle Care ethyl alcohol and 48 pieces of one-liter bottles of another brand of the product being sold at PHP250.

All items confiscated were properly recorded and duly witnessed by local barangay officials with an estimated market value of PHP23,620.

Acting on numerous complaints from consumers, CIDG and DTI representatives launched an operation to verify the information on a medical supplies store selling overpriced isopropyl alcohol.

They discovered that Endozo was selling 60 ml bottles of Green Cross Alcohol at PHP80 each, which is higher than the price ceiling set by the DTI.

About 1,380 bottles of ethyl alcohol in 500ml, 60ml, and 40ml bottles were confiscated from the said store.

The three suspects and confiscated items are now under the custody of CIDG for documentation and proper disposition.

The suspects will face cases for violating the Republic Act 7581 (Price Act) as amended by Republic Act 10623 and Republic Act 7394 ( Consumer Act of the Philippines), Article 14 of the Revised Penal Code of the Philippines (Aggravating Circumstances), DTI Memorandum Circular No.20-07 “Anti-Hoarding and Anti-Panic Buying” and, Proclamation No. 922 of President Rodrigo Roa Duterte.

NBI to go after hoarders, profiteers

Meanwhile, the National Bureau of Investigation (NBI) assured its personnel will remain on call for the duration of the enhanced community quarantine declared by the government to mitigate the impact of the Covid-19 outbreak.

“We will continue this across the country or nationwide. Our priority/focus (will be) on anti-overpricing and anti-hoarding,” he said in a statement.

He, meanwhile, added that online sellers of Covid-19 preventive items that are overpriced will be investigated and held liable.

Distor added that “authors of fake news will likewise be investigated and arrested”.

Daily disinfection is being undertaken at the NBI compound on both sides of Taft Avenue and United Nations Avenue and strict measures of social distancing and use of masks and alcohol are being implemented.

A roving team in NBI-marked vehicles and ambulance are also visiting checkpoints. (with reports from Benjamin Pulta/PNA)