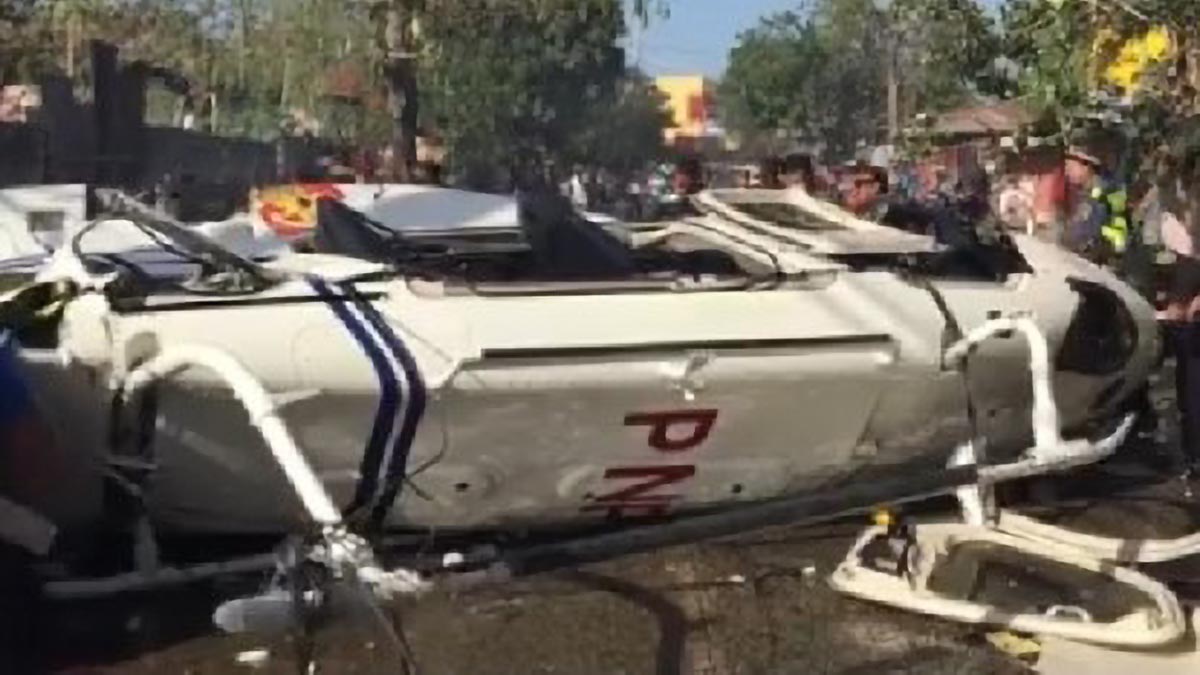 MANILA – Two police generals who are among the passengers of the helicopter that crashed in Laguna on Thursday morning are in critical condition, a ranking police official said.

The two were brought to the Unihealth Southwoods Hospital and Medical Center (Unihealth) in Laguna for treatment. Magaway was later transferred to the Asian Hospital.

Bedia said Ramos needs a blood transfusion and will have to undergo surgery.

They were on their way to Camp Vicente Lim in Calamba for a command visit.

At about 10:15 a.m., Gamboa arrived at the St. Luke’s Medical Center (SLMC) in Bonifacio Global City for further treatment. He sustained minor injuries.

Banac, Gayramara, Estona and the two pilots were also brought to SLMC after sustaining minor injuries.

PNP Director for Police Community Relations, Maj. Gen. Benigno Durana Jr., said all of them are in stable condition.

“We are thankful to the first responders and private citizens who assisted in the rescue and evacuation of the Chief PNP and his party, as well as to everyone who expressed well wishes and prayed for the safety of all the passengers. The PNP joins the public in prayer for their complete recovery. We also request netizens to refrain from posting images of the injured passengers out of respect for their privacy, and discourage them from making speculations and passing-on unverified information,” Durana told reporters.   Christopher Lloyd Caliwan /PNA – northboundasia.com