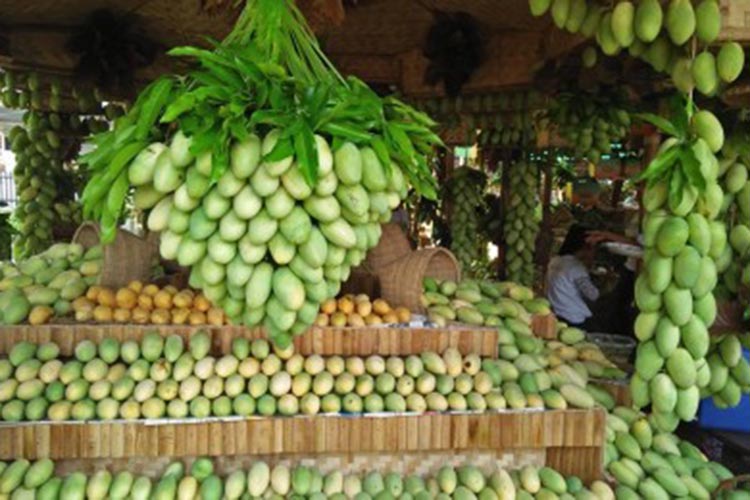 ILOILO CITY — Guimaras mangoes, dubbed as the country’s sweetest, will be featured in the Mango Festival that will be launched by the Department of Agriculture (DA) in Manila next month.

This was announced by Agriculture Secretary Emmanuel Piñol, who visited Iloilo and Guimaras for his “Biyaheng Bukid” on April 25, where he met with mango growers, producers and traders; and distributed farm machineries to farmers associations from Panay.

In a follow up interview on Friday, Ronie Morante of the Guimaras Provincial Agriculture Office said that they will be sending two metric tons for the May 6-10 festival.

“They are showcasing all provinces with mango products. This is a DA-led festival and Secretary (Piñol) is helping us with the promotion other than our local promotions,” he said.

Last April 5-7, Guimaras also started its month-long activities to usher in the annual Manggahan Festival that will culminate on May 22.

Among the highlights are the sought after “mango-eat-all-you-can”, cultural show, tourism trade fair, exhibits, and various sports events, among others.

Piñol said that the mechanization rate in the Philippines is low. He emphasized that “our farmers for them to become competitive must mechanize”.

“Right now we are focusing on our rice farmers because of the threat of Rice Tariffication. Today I assure them that as long as we focus on increasing our productivity there is really no reason for them to be afraid of Rice Tariffication; we could compete,” he said. Perla Lena /PNA – northboundasia.com