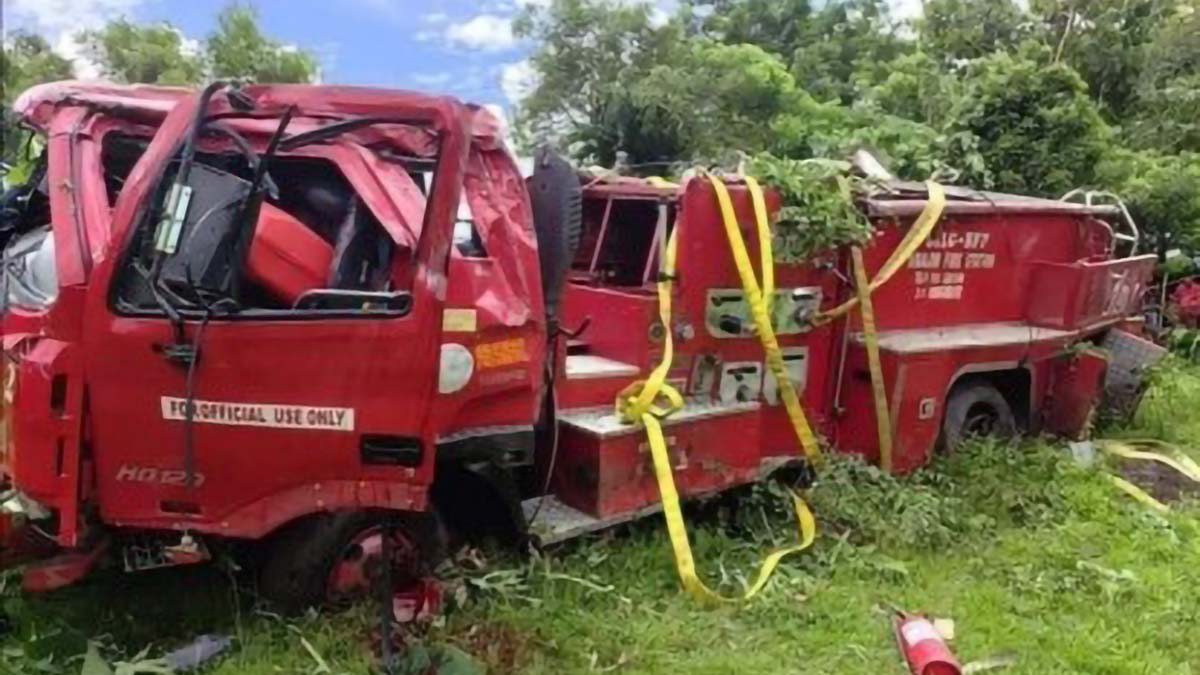 SAN JOSE DE BUENAVISTA, Antique – Two personnel of the Bureau of Fire Protection (BFP) Sibalom Fire Station died on the spot while three others are in critical condition after their fire truck fell into a ravine on Wednesday morning.

BFP Antique Provincial Fire Marshall Supt. Randy Pudadera, in an interview, said the victims were on their way back to the station after participating in the Brigada Eskwela at Villafont Elementary School.

“The accident happened along the way in Sitio Bato, Barangay Salvacion of the Municipality of Sibalom,” he said.

The two fatalities are now at the Butiong Funeral Home in Sibalom town proper.

Those being treated at the hospital are FO1 Judy Baldone, FO1 Charmie Leigh Forro, and FO1 Rechelle Lustica.

Pagunsan said that the driver tried to ram the fire truck to an electric post after sensing mechanical trouble.

However, the post gave way and the fire truck fell into the ravine. “The post was already old and not sturdy that it was also uprooted,” she said.

Meanwhile, the Department of Education Division of Antique Supt. Felisa Beriong said they sympathize with the BFP personnel who died in the vehicular accident and felt sorry for those in critical medical condition.

“The BFP personnel every year had been helping the DepEd during the Brigada Eskwela that is why they again rendered their service this year,” she said.

The Brigada Eskwela is a program of the DepEd to generate voluntary service from the different government agencies and the community to assist them in their preparation for the school opening.

“I will ask the school officials and teachers under DepEd Antique to have a ‘pass the hat’ so that somehow we could financially help the BFP personnel,” she said. Annabel Consuelo Petinglay / PNA – northboundasia.com