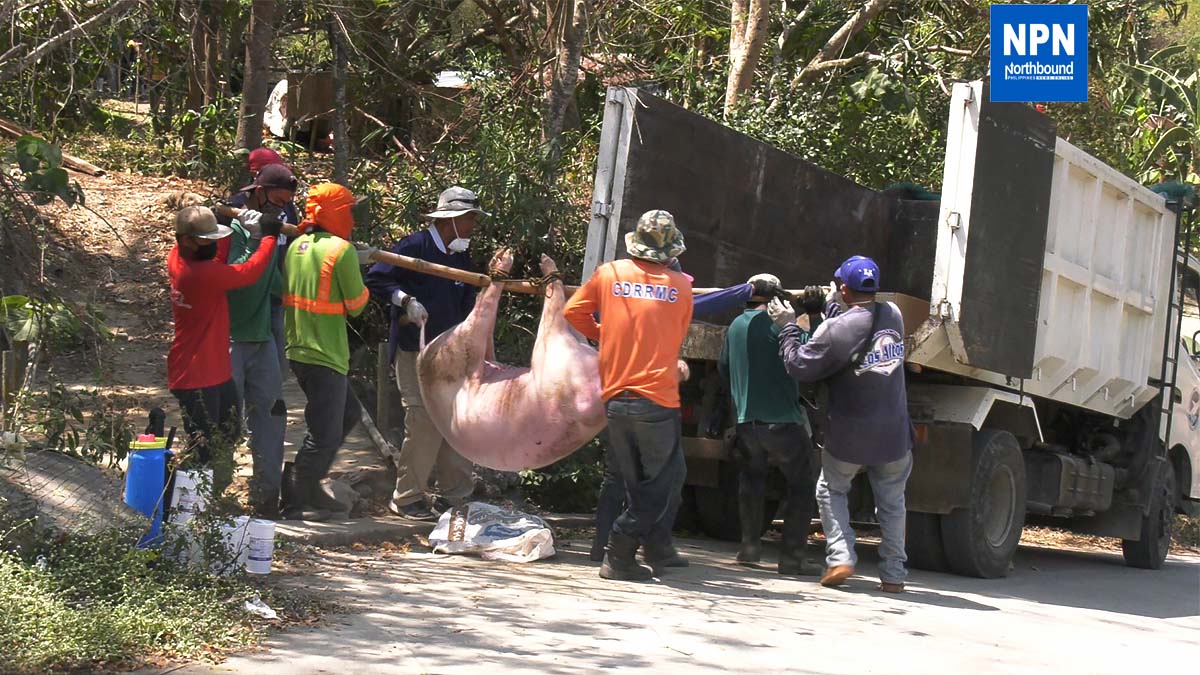 SAN FERNANDO CITY, La Union – About 120 livestock pigs in several backyard hog farms in Barangay Cadaclan this city were culled by joint personnel of the City Veterinary, Department of Agriculture, and Provincial Veterinary, Wednesday due to African Swine Fever.

The combined veterinarian efforts are vigorously enforcing the “1-7-10 Protocol” within the 1-kilometer radius to manage and control the spread of the dreaded ASF and will continue to conduct culling operations, especially in the areas affected.

It was learned that all pig farms owners whose hogs were culled and those whose animal will be affected will be provided financial assistance.

It was confirmed that the first cases of ASF that killed 30 pigs from a local pig farm in the said barangay, according to the city veterinary.

A farm owner of affected ASF here told the city veterinarian office that he bought 25 piglets last January from a farm owner in Bauang town.

The City Health Office here has assured the public that ASF is not transmissible to humans; hence, the animal disease is not a human health threat.

Meanwhile in Bauang town, a local meat inspector expressed doubts that ASF affected pigs are all came from their municipality.

According to Vic Bersola, Bauang’s meat inspector officer, their findings including an interview with the farm owner from whom another farm owner bought said pigs toSan Fernando City showed there were no signs of abnormalities or records of dead piglets.

Bersola insisted that to make sure that if the aforementioned pig ASF where it came from, because 25 pigs were sold by its owner but it alleged in the report that there were 40 dead pigs of the buyer.

Also, as per results of the blood test samples taken from the allegedly infected swine/hogs owned by Mary Angelyn Carmela, of Barangay Lower San Agustin of Bauang by the Integrated Laboratories Division Regional animal disease diagnostic laboratory of the Department of Agriculture they tested negative results of ASF as of March 10, 2020.

Selling of fresh and frozen pork and other pork products sourced out within the municipality is now permitted; however, as a preventive measure, ASF quarantine checkpoints are positioned in the highway borders of the municipality to prevent the entry and exit of live swine. Erwin Beleo / Northbound Philippines News