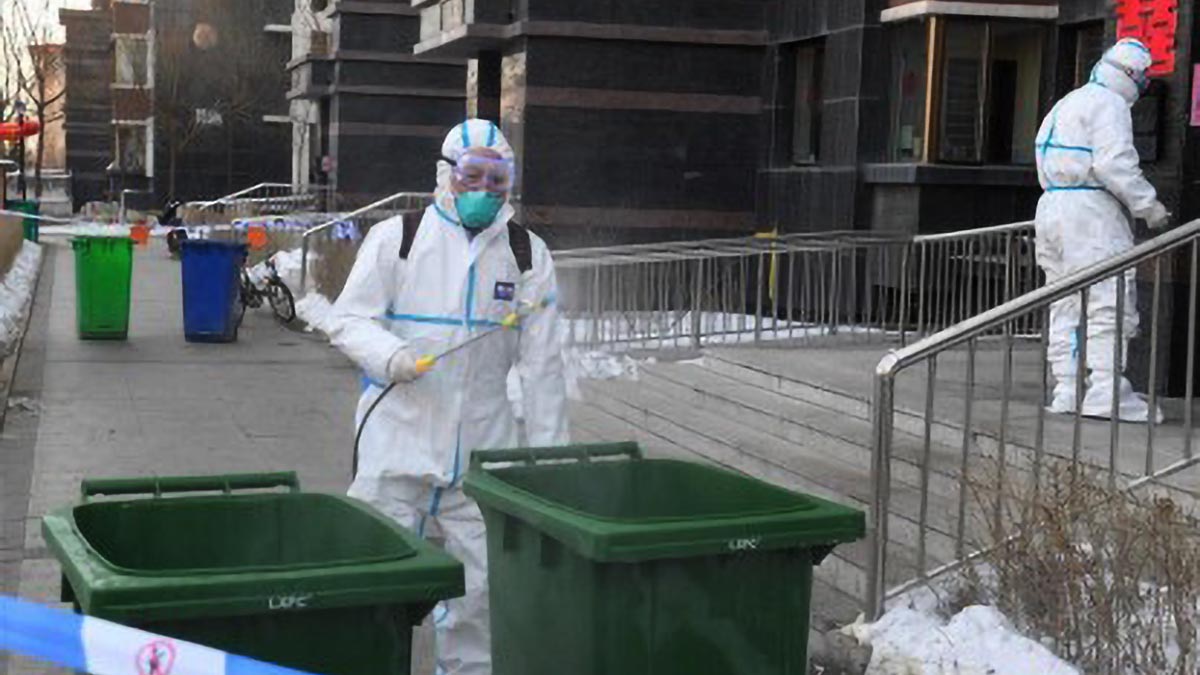 WUHAN — Wuhan, the epicenter of the coronavirus disease 2019 (Covid-19) outbreak, has mobilized more than 34,000 officials, government workers and Communist Party of China (CPC) members into its 1,100 communities to fight the epidemic.

The city committee of the CPC said Tuesday the figure includes 16,700 employees of government units and state-owned enterprises, who will join the teams of community workers in neighborhoods hit hard by the virus.

Working at their side will be another 17,700 CPC members, who will extend their reach to all communities and villages, according to the committee.

The latest round of mobilization came at a time when the city’s community workers were caught short-handed when combing communities in search of confirmed and suspected patients of the new virus, who authorities have vowed to offer timely diagnosis and treatment.

Ye Jun, a government worker of the city’s Hongshan District has become a temporary community worker for the Guangba Road community.

“I designed a WeChat mini-program on which residents can report the health condition of themselves and their family members,” Ye said.

Ye also phones the residents, especially the elderly who don’t use smartphones, to check their health condition. “I make 100 to 200 phone calls every day. Some elderly people are anxious, so I chat with them about their daily life to make them feel better.”

Ye and other community workers also help residents buy vegetables and daily necessities and deliver them to their homes.

“The government workers and Party members who came to help work with the community workers to disinfect the neighborhoods and take the temperature of the residents,” said Wang Bi, the community’s local Party official.

“I like to have a cup of tea in the office, but it’s inconvenient to go to the restroom when disinfecting the apartment buildings in my isolation gown, so I try to drink as little water as possible,” said Yang Duanhua from the district’s judicial bureau, who helps disinfect five seven-floor apartment units twice a day.

“It’s key to do epidemic prevention work in communities to win the battle against the novel coronavirus,” said Chen Rongzhuo, an expert on community management and professor at Central China Normal University.

Wuhan, now on lockdown to contain the Covid-19, has reported a total of 18,454 confirmed cases of the coronavirus infection.

By Sunday, the city had combed 3,371 residential communities and villages. A total of 10.59 million residents had been checked, representing a 99-percent screening rate.

Wearing a mask, Xi, also secretary general of the CPC Central Committee and chairman of the Central Military Commission, visited a residential community, a hospital and a district center for disease control and prevention in Beijing.

The inspection came at a time when many people outside the epidemic center of Hubei Province resumed work after an extended holiday.

Xi said the situation at the moment remains very serious but expressed confidence that China can certainly obtain a full victory in the fight against the epidemic.

Meanwhile, China’s National Health Commission said on Wednesday that it received reports of 2,015 new confirmed cases of Covid-19 infection and 97 deaths on Tuesday from 31 provincial-level regions and the Xinjiang Production and Construction Corps.

By the end of Tuesday, a total of 1,113 people had died of the disease and 44,653 confirmed cases had been reported on the Chinese mainland. (Xinhua)