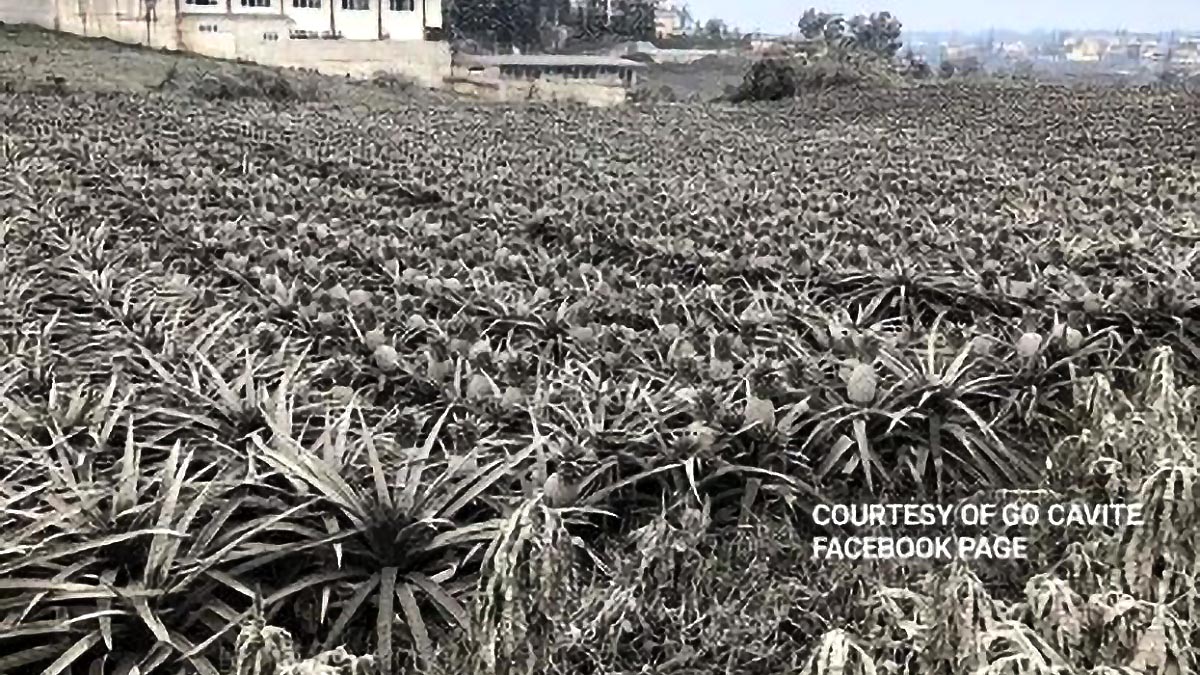 MANILA — Despite the PHP577.59-million worth of agricultural damage caused by Taal Volcano eruption in Calabarzon, the ashfall spewed by the restive volcano still has a benefit because it replenishes the nutrients of the soil, improving its fertility in the long run, the Department of Agriculture (DA) said on Wednesday.

In a press briefing in Malacañang, DA Undersecretary Ariel Cayanan noted that prior eruptions of Taal Volcano have changed the agro-climatic conditions in affected areas in a good way since it paves the way for the birth of soil.

Taal Volcano, which has not erupted in decades, began to spew clouds of ash into the sky on Sunday, prompting the Philippine Institute of Volcanology and Seismology to declare Alert Level 4.

Alert Level 4 means a hazardous explosive eruption is possible within hours or days.

On Sunday, Taal Volcano had a phreatic eruption, a stream-driven episode when water beneath the ground or on the surface is heated by magma, lava, hot water, rocks, or new volcanic deposits.

From phreatic eruption, Taal Volcano’s activity progressed Monday into “magmatic eruption,” which involves the rise of magma towards the surface that normally generates detectable earthquakes.

Cayanan noted that since ash particles from Taal Volcano are “acidic,” the Bureau of Soils and Water Management (BSWM) would conduct a study on the fresh volcanic ash deposits.

“May acidic particle ito, kailangang pag-aralan pa ng Bureau of Soils and Water Management kasi may traceability concern naman tayo para safe naman ang kinakain natin (It has an acidic particle so it is necessary for the Bureau of Soils and Water Management to conduct a study because we have a traceability concern so the food that we will eat are safe for consumption),” the DA official said.

Taal Volcano, a popular tourist spot ringed by a sweeping lake, is the second most active volcano in the country.

The 1911 deadly explosion killed more than 1,000 and destroyed agriculture and properties.

Cayanan gave the assurance, even after the Bureau of Fisheries and Aquatic Resources noted that fish kill due to high sulfur content in Taal Lake could damage around 6,000 fish cages with production loss.

On Tuesday, the Department of Health (DOH) advised the public to refrain from buying and eating fish from Taal Lake and Batangas province, amid Taal Volcano’s activity.

DOH Undersecretary Eric Domingo reiterated the warning to avoid the consumption of fish sourced from areas near Taal Volcano.

“Hangga’t hindi tayo sigurado (While we are still uncertain), might as well be cautious because toxic substances have been thrown out the volcano and na-dissolve iyan sa tubig natin (and dissolved in water),” Domingo, who joined Cayanan at the press briefing, said.

Domingo, meantime, said vegetables and fruits coated with ash can still be eaten, as long as these are properly washed.

Cayanan noted that seven million fingerlings of tilapia, 20,000 for ulang(giant freshwater prawn), 50,000 for hito(catfish), and 100,000 for bighead carp will be distributed once aquaculture operation in the Taal Lake resumes.

He added that vegetable and fish traders and vendors from Central Luzon are highly encouraged to sell their products in areas affected by the eruption of Taal Volcano.

“Puwede pong mag-source out tumulong na po ang Region 3 (Those who are from Region 3 can help by sourcing out their products),” Cayanan said.