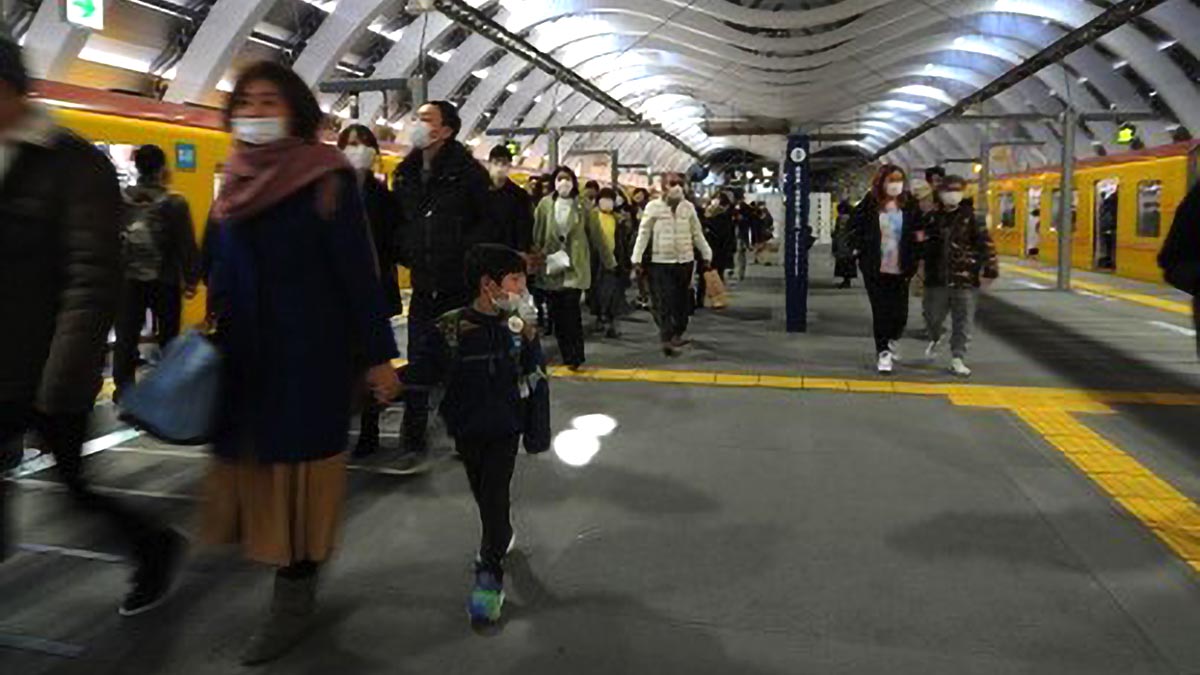 According to Yonhap news agency, health officials confirmed a patient, who was under treatment at a hospital in the southeastern city of Cheongdo, died on Thursday.

Nine deaths have been confirmed outside mainland China — three in Japan, two in Hong Kong and one each in Taiwan, the Philippines, South Korea and France.

The South Korean official said that the total number of confirmed cases of the coronavirus in the country has surpassed 100.

The rise in number of patients and the spread of the disease prompted local authorities in the southeastern city of Daegu to ask its 2.5 million people to refrain from going outside.

Japan confirmed two deaths of its nationals, who had been onboard a quarantined cruise ship in Yokohama province, south of the capital Tokyo, local Kyodo news agency reported.

The deceased include an 87-year-old man and an 84-year-old woman, according to the news agency.

Around 3,700 passengers and crew from 56 countries and regions were on board the vessel. Nearly 1,000 passengers have been allowed to disembark the ship until Thursday.

Japanese officials said the death toll from the coronavirus in the country has risen to three.

Last week, Japan had reported first death from the fatal coronavirus. The deceased was said to be an 80-year-old Japanese woman.

The death toll in China from the coronavirus outbreak has risen to 2,120.

The disease has spread to at least 25 countries including the US, the UK, Singapore, France, Russia, Spain and India.

Many countries, including Turkey, have evacuated their citizens from the city of Wuhan — the epicenter of the virus — and other affected areas of China, placing them under quarantine and monitoring.

The World Health Organization (WHO) has declared the outbreak an international health emergency.

China urged the world to resume trade and people-to-people ties with Beijing, saying it had taken “forceful action” to stem the spread of the coronavirus, according to Hong Kong-based South China Morning Post.

“China is not only protecting its own people but also the rest of the world,” the daily quoted China’s Foreign Minister Wang Yi as saying during a special Asean-China meeting in Laos.

“The outbreak may have some impact on the Chinese economy, but such impact will only be temporary and limited,” he added. (Anadolu)