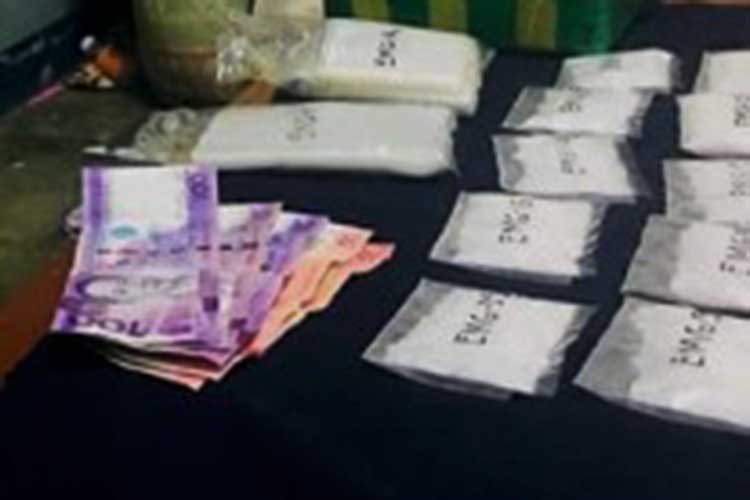 BACOLOD CITY — A newly-identified drug personality in this city yielded PHP5.1 million worth of “shabu” (methamphetamine hydrochloride) in a buy-bust at Purok Kabulakan 1, Barangay Singcang-Airport on Thursday night, according to a Bacolod City Police report.

The suspect, Errol Gimarangan Jr., 28, is a barber who resides at Purok Gaisano, Barangay Alijis.

He was arrested by operatives of Police Station 8 led by Chief Inspector Ruel Culanag around 7 p.m., after selling a small sachet of “shabu” worth PHP500 to a poseur-buyer.

Culanag, in a media interview, said the status of Gimarangan could be elevated to high-value target considering the huge volume of illegal drugs found in his possession.

Operatives seized 18 big plastic sachets of “shabu” weighing 430 grams along with the PHP400 and PHP500 marked money from the suspect, now detained at Police Station 8.

Gimarangan, who has been frequenting the place where he was arrested in the past five months, sold illegal drugs not only in the village, but also in the neighboring barangays, the police said.

His arrest came a day after operatives of the City Drug Enforcement Unit seized PHP1.02 million in “shabu” from four high-value personalities during a buy-bust in the same village.

Sincang-Airport village chief Rosinie Distrito, in a separate interview, expressed concern over the series of anti-drug operations in his area, which involved large volumes of prohibited substance.

He pointed out the suspects are not long-time residents, but are just temporarily staying in the barangay.

Distrito vowed to strengthen the Barangay Anti-Drug Abuse Council as part of their efforts to curb the illegal drug problem.

In the first eight days of August, a total of PHP3.77 million in “shabu” were seized in various police operations in Bacolod. Nanette Guadalquiver/PNA-northboundasia.com