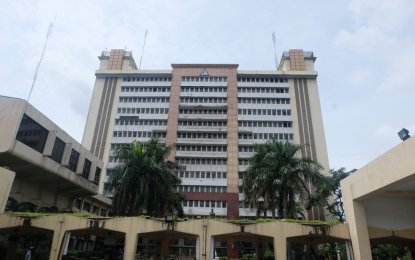 MANILA — If you are from the provinces but now live anywhere in Metro Manila, you may have been wondering why Quezon City has larger land area compared with other local government units (LGUs) in the National Capital Region or NCR.

Here’s why Quezon City has a territorial jurisdiction of 171.71 square kilometers or 17,171 hectares, which account for one-fourth of the entire region. NCR is composed of 16 cities and one municipality and has a total land area of 619.54 sq. km.

When Quezon City was created under Commonwealth Act No. 502, which was signed by President Manuel L. Quezon on Oct. 12, 1939, it only had an area of 73.35 sq. km. or 7,335 hectares taken from the then adjacent Rizal towns of Caloocan, San Juan, Pasig, Marikina, and Mandaluyong.

Caloocan was then the biggest town among these areas as it then included the neighboring 48-year-old municipality of Novaliches, which was abolished and reduced to a barrio in 1903 as part of the economic measures of the early American regime in the Philippines.

After Quezon’s death at Saranac Lake, New York on Aug. 1, 1944, the Philippine Congress passed Republic Act No. 333 on July 17, 1948 which made QC as the new capital of the country, replacing Manila.

This law required the relocation of the QC boundary further north, thereby slicing Novaliches almost through the middle. It also marked the inclusion in the new capital city of the summer residence of then President Elpidio Quirino, which was on a hill that overlooked the scenic vicinity of the La Mesa dam or Novaliches reservoir.

With the addition of half of Novaliches to QC, its area was increased to over 15,000 hectares. A series of amendments to the original QC charter since then resulted in the increase of the city’s area to 171.17 sq. km. or 17,171 hectares at present.

Since Quezon City has the largest area in the metropolis, it also accounts for the biggest population of 2,936,116 as of 2015, also based on PSA data.

On May 29, 1976, then President Ferdinand E. Marcos issued Presidential Decree No. 940 restoring Manila as the national capital and reverting QC to its original status as a city created in honor of its late founder, former President Quezon.

The decree became effective on June 24 of that year, coinciding with the celebration of Manila’s 405th anniversary.

In P.D. 940, Marcos said “Manila has always been, to the Filipino people and in the eye of the world, the premier city of the Philippines, it being the center of trade, commerce, education and culture; and from time immemorial has been the seat of the national government of the Philippines.”Severino Samonte/PNA-northboundasia.com