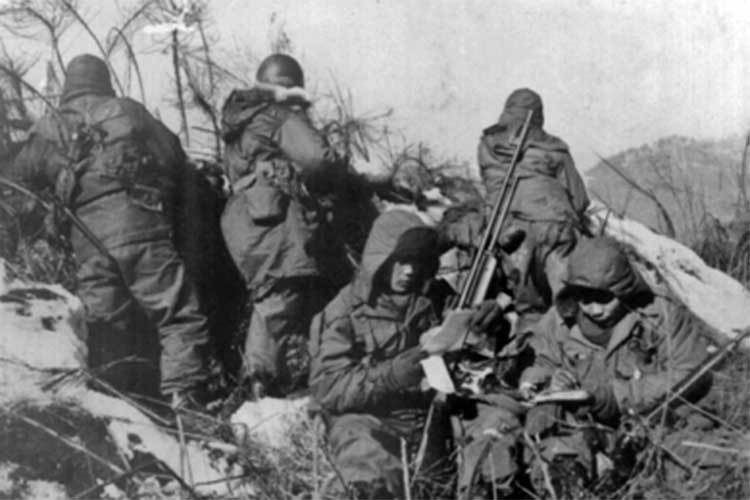 MANILA — As the 68th anniversary of the Korean War on June 25 nears, former President Fidel V. Ramos, a Korean War veteran, vividly recalled the sterling performance of the 7,420 combat forces sent by the Philippine government to help stave off a communist invasion in South Korea.

The Philippine was one of the 16 Asia-Pacific countries led by the United States that responded to the urgent call by the United Nations (UN) to deploy combat troops to Korea when war broke out on June 25, 1950.

Ramos, who was just 22 years old with the rank of second lieutenant of the Philippine Army, had just graduated from the US West Point Academy (Class 1950) when he volunteered for combat duty in Korea.

In his diary, then President Elpidio Quirino with the approval of Congress authorized the sending of a Filipino combat contingent — the Philippine Expeditionary Forces to Korea (PEFTOK) when the war broke out.

The UN Security Council passed a resolution on June 27, 1950 or two days after the Korean War erupted calling UN member countries to help South Korea which was invaded by communist Chinese and North Korean forces.

“In response to the UN’s call for assistance, the Philippines decided to send troops to the Korean peninsula, despite the fact that contributing a significant part of our Armed Forces was inopportune at that time. In 1950, the Philippines was just a new four-year old Republic, having become independent in July 1946 and still recovering from World War II. In view of the unfavorable post-war conditions then obtaining, our people were initially not entirely sold to the idea of deploying our troops to fight abroad,” Ramos wrote in the weekly Manila Bulletin column of June 10, 2018.

However, Ramos said, it was Gen. Carlos P. Romulo, who was the President of the UN General Assembly at that time, interceded by explaining in detail to President Quirino and the Philippine Senate, “that to participate in the Korean War was not only in the Philippines’ national interest buy a duty it had to perform as a UN member-nation.”

Romulo explained that the UN Security Council Resolution ‘did not tear asunder’ the war renunciation provisions of the Philippine Constitution. Why? Because — Philippine participation was not an act of aggression, it was merely in response to the UN’s call for assistance.”

The Philippines was the first Asian country to respond to the urgent call by the UN Security Council to send combat forces to the beleaguered South Korea during the Korean War.

Then 2nd Lt. Ramos was a member of the 20th BCT that captured the strategic Eerie Hill.

During the departure ceremony of the PEFTOK held at the Rizal Memorial Stadium in Manila, President Quirino said: “Today we write a wonderful page in our history. Many of you have fought on our soil to secure freedom. You now go forth to a foreign land to fight for the preservation of that freedom…what you will do…will prove to the world that this republic and all of you who are part of it have the will and power to make own lives as we want them to be, and to keep them that way.”

It was during the Korean War that the Filipino soldiers showed again their combat proficiency against all odds.

Ramos, who rose to become the 12th President of the Philippines, said that of the 7,420 officers and men who fought in the Korean War, 114 were killed in action, 299 wounded, and 51 missing but 41 of whom were repatriated during the exchange of prisoners of war.

Ramos and other Korean War veterans who are still alive will commemorate the 68th anniversary of the Korean War to be held at the PEFTOK Korean War Memorial Hall, Philippine-Korea Friendship Center in Fort Bonifacio, Taguig City on June 25.

Ramos said PEFTOK has invited President Rodrigo R. Duterte to be the guest of honor and speaker. Ben Cal/PNA-northboundasia.com