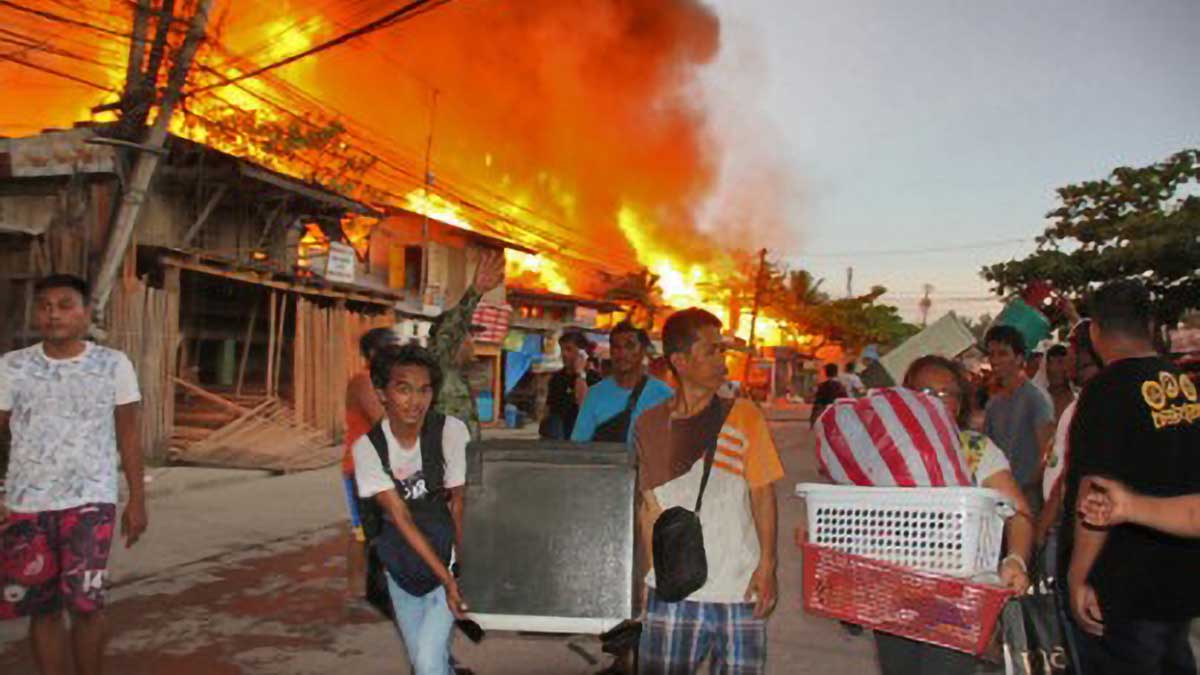 BUTUAN CITY – A total of 251 families consisting of 1,255 individuals were displaced when a fire destroyed their homes in Barangays Ong Yiu and San Ignacio here.

Fire Chief Inspector Peter Paul Montaos of the Bureau of Fire Protection (BFP) here, told Philippine News Agency on Tuesday that the fire started past 4 p.m. at the house of a certain Jun Eliguer in Purok 7, Barangay Ong Yiu, on Monday (March 9).

Montaos said that based on the initial investigation, the estimated total damage of the fire was placed at PHP5 million.

“We are still conducting a further investigation at the moment, the figures might change especially the damages because of the business establishments that were also destroyed by fire,” he added.

Seven BFP firetrucks supported by 11 other firetrucks from different fire brigades and volunteers in the city and different towns in Agusan del Sur responded to the fire scene.

The fire was placed under control at around 6:30 in the evening.

Meanwhile, the City Social Welfare and Development (CSWD) office here on Tuesday said the city government has already extended food and other basic needs of the affected families.

The CSWDO has also installed spaces for children, women, and senior citizens who are considered most vulnerable during calamities. PNA – northboundasia.com