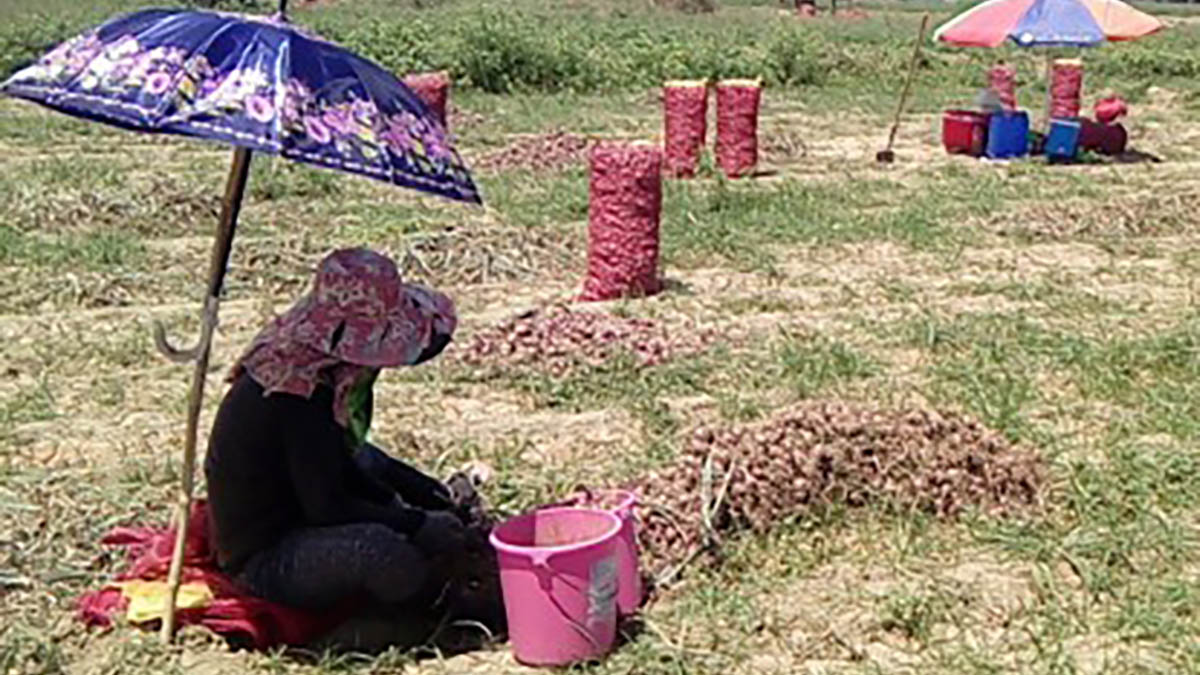 BONGABON, Nueva Ecija — Farmers and local officials here have called on the Department of Agriculture (DA) to reconsider its decision to allow the importation of onions by mid-February.

Mayor Allan Gamilla acknowledged that the government must stabilize the prices of goods and make a good balance between farmers and consumers.

However, Gamilla appealed that all means other than importation be exhausted first, saying that local onion producers would unduly suffer from unreasonably low prices.

“Sa pag-i-stabilize, gobyerno naman talaga ang may kontrol nito. Maaari pong sila ang magdikta ng tamang presyo na kikita yung mga magsasaka at kaya lang po ng consumer sana para maging balanse (To stabilize prices, the government indeed has the control. It may dictate the right price that would enable the farmers to earn and is also affordable to consumers to make it balanced),” he told the Philippine News Agency (PNA) in an interview on Monday.

Gamilla agreed with farmers that the prevailing market price of PHP130 to more than PHP200 per kg. of onion is not justified for consumers.

He also acknowledged that the DA has extended support to farmers by distributing free seeds and pesticides last December.

Gamilla, however, said the importation during harvest season would surely hurt local farmers.

“This may even deny local farmers access to cold storage when needed,” he said. “Okay lang mag-import pero huwag sana sa panahon na umaani dahil ngayon pa lang kami nagbabakasakaling bumawi sa malaking lugi (It is okay to import but not during the harvest season because it is only now that farmers could recover their huge losses).”

Leon Abunan, 72, a farmer from Barangay Lusok here, said importation is an impending disaster for them.

“Huwag po sana (Hopefully not),” he said, expressing fear that the import of bulbs, whether red creoles or yellow grannex, would result in their products being dumped due to low prices.

Abunan said he has thought of giving up onion farming, which he started when he was 20 years old.

Records from the Municipal Agriculture Office showed more than 2,300 hectares of farmland here were planted with onion in 2019.