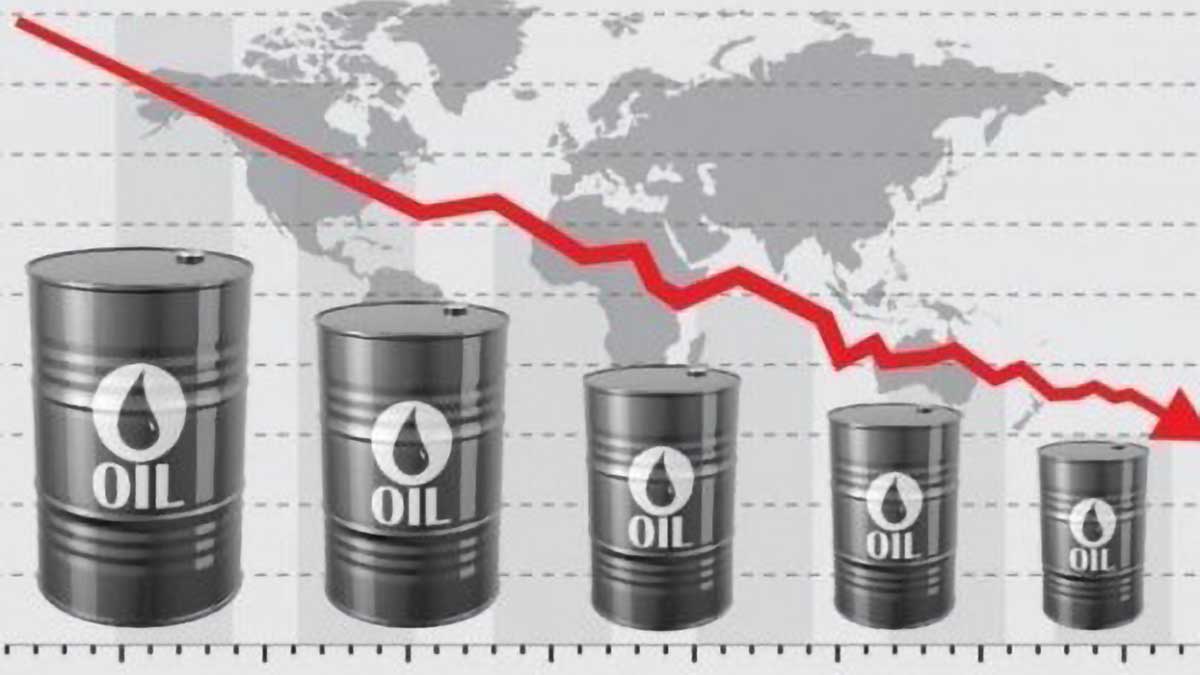 ANKARA – With the ever-growing impact of coronavirus on countries’ economic output and the latest duel between Saudi Arabia and Russia on oil production, experts are worried about global economic recession.

The world economy seems to have stepped into a very cloudy March mostly because of the rapid spread of coronavirus in Europe and the United States, and shockwaves sent to markets by world’s top oil exporter, Saudi Arabia.

On Friday, Saudi-led Organization of Petroleum Exporting Countries (OPEC) and Russia-spearheaded non-OPEC oil producing countries failed to reach a deal to further cut their oil production levels. Soon after, Saudi Arabia reduced its oil prices over the weekend in a quite aggressive move.

This resulted in oil prices on Monday tumbling around 30 percent, a shocking crash for global markets, and Asian stock markets plummeted sharply.

As the oil is industrial commodity and material of oil and energy companies, the recent nosedive in its price will impact several fields, including petroleum chemistry, shipping and transportation.

If Saudi Arabia and Russia cannot reach an agreement on oil production cut, the global economy, which has already been suffering from decrease in demand due to the ever-rising impact of coronavirus, could enter a turbulent period.

“Global economy is set to enter a recession period with the cost of the virus rising day by day,” said Erhan Aslanoglu, an economics professor at Piri Reis University in Istanbul.

Global economic growth is projected at 2.5 percent in 2020, and interest rates and commodity prices are falling across the globe.

Aslanoglu said with the latest coronavirus cases confirmed in Europe and the U.S., global economic activity is dragging into more uncertainty.

Among the warning signs was the FED’s urgent decision to lower its policy rate by 50 basis points to the 1-1.25 band last Tuesday, according to the expert.

The FED cited increased risks due to the coronavirus for its decision.

Such extraordinary decisions in the FED history are very rare and therefore it mounted the panic in the global markets.

A similar decision was taken last when the huge investment bank Lehman Brothers went bankrupt during the 2008 crisis.

Aslanoglu argued that governments would have to take concrete steps if the coronavirus continued spreading.

These steps could be adding urgency to the need to rebuild macroeconomic policy space, as well as undertaking reforms to stimulate productivity.

“Governments around the world would enable additional support for their health systems, tax reductions or restructure their public receivables,” he said, adding this could offset the limits of expansionary monetary policies.

The governments are expected to raise their health expenditures in the coming period, rather than implementing expansionary monetary policies to support the demand.

It is also thought that budget deficits and social expenses will increase all over the world, leading governments to start discussing social expenditures to be applied to eliminate the situations like coronavirus that will adversely affect individuals in the coming period.

The next step for governments may be to look at ways of increasing the basic welfare level, such as universal basic income, to ensure that all individuals are able to meet their personal needs.

How do countries deal with budget deficits?

Given the current circumstances, it is difficult to say sunny days are ahead for global economy.

“Risks are on the rise due to the fact that Saudi Arabia and Russia are playing poker with each other, yet sooner or later they have to end this play,” an economist from JP Morgan, an American investment bank, told Anadolu Agency requesting anonymity.

He argued that Saudi Arabia’s hand is as not strong as Russia’s since its economy more dependent on revenues from oil selling.

With the sharp cut in oil price, Saudi Arabia could have difficulty in dealing with its budget deficits and could start selling its assets via its Public Investment Fund, the sovereign wealth fund.

A steep productivity growth slowdown has already been underway in emerging and developing economies since the global financial crisis, despite the largest, fastest, and most broad-based accumulation of debt since 1970s. (Anadolu)