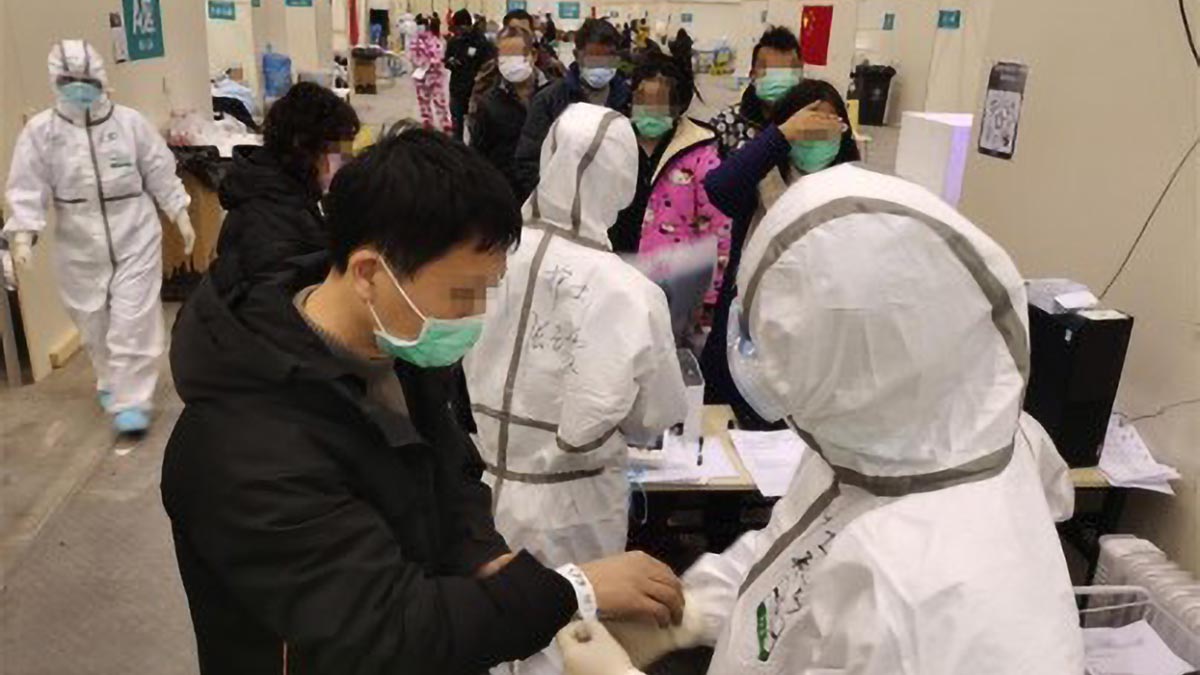 BEIJING — The death toll in China from the novel coronavirus outbreak has risen to 909, the country’s National Health Commission (NHC) said Sunday.

The number of people under medical observation has risen to 187,518 while the number of those thought to be infected stands at 23,589.

The number of those detected with the virus outside China’s mainland has reached 36 in Hong Kong and 10 in Macau.

A total of 3,281 patients infected with the nCoV had been discharged from hospital after recovery by the end of Sunday, the NHC announced Monday.

Sunday saw 632 people walk out of the hospital after recovery, including 356 in Hubei Province, it added.

The virus is said to have been transmitted to humans from animals, particularly bats.

The virus has spread to more than 20 other countries, including the US, the UK, Singapore, France, Russia, Spain, and India.

Many countries have evacuated their citizens from the city of Wuhan — the epicenter of the virus — and other affected areas of China, placing them in isolated medical care.

The World Health Organization (WHO) has declared the outbreak an international emergency.

On Sunday, WHO reported that about 307 confirmed cases and one death were recorded in other countries while no new country reported nCoV cases in the past 24 hours.

The WHO also reported that all crew and passengers of the Cruise Ship Diamond Princess, currently harbored in Yokohama, Japan, are being quarantined for a 14-day period on board the vessel.

“All crew and passengers are closely followed-up and are medically examined and tested for 2019-nCoV when displaying any signs or symptoms suggestive of 2019-nCoV disease. The quarantine period will come to an end on 19 February as epidemiological and environmental investigations are ongoing,” the WHO said.

As of Feb. 8, the Japanese health authorities reported that 64 individuals — passengers and crew members — were found to have been infected with the 2019-nCoV.

“All individuals testing positive were disembarked and admitted for medical care in infectious disease hospitals in the Yokohama area. Close contacts of the infected passengers are asked to remain in quarantine for 14 days from last contact with a confirmed case,” the WHO said.

It added that the quarantine period would extend beyond February 19 for close contacts of the newly confirmed cases.

Earlier, the WHO started working closely with International Air Transport Association and jointly developed a guidance document to provide advice to cabin crew and airport workers.

The WHO developed a protocol for the investigation of early cases which aims to gain an early understanding of the key clinical, epidemiological and virological characteristics of the first cases of 2019-nCoV infection detected in any individual country, and to inform the development and updating of public health guidance to manage cases and reduce potential spread and impact of infection.

It also advised the practice of frequent hand washing, avoid unprotected contact with farm and wild animals, practice proper cough etiquette, and avoid close contact with people suffering from acute respiratory infections to reduce the risk of transmission of the virus. (Anadolu/Xinhua with reports from Ma. Teresa Montemayor/PNA)