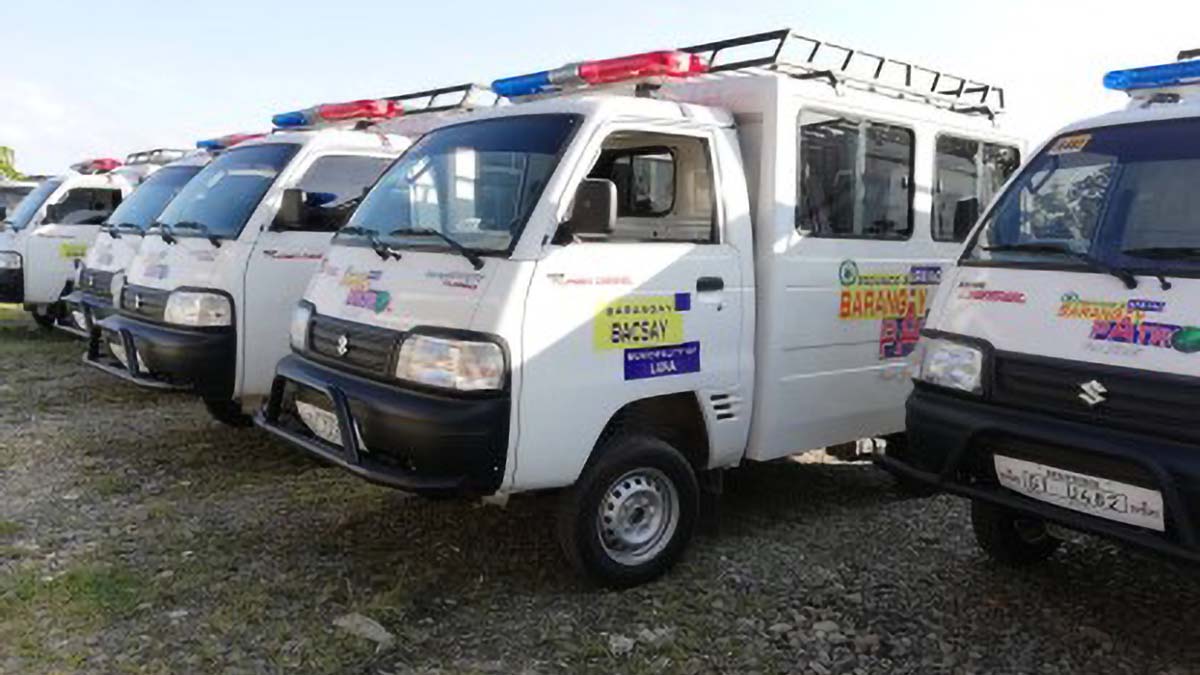 “Use the vehicle to help our people in times of need especially because our barangays are so far away,” Governor Eleanor Bulut-Begtang told barangay officials during the turn-over ceremony on Thursday.

“Take care of it, maintain it so that it can serve our people for many years,” she added.

Bulut-Begtang said the remaining 40 barangays that have yet to be connected to the road system would be given vehicles in the third batch.

Ronald Ramirez, association of barangay captains (ABC) president in the capital town of Luna, said the vehicles would serve the people well in transporting patients to the hospital and during calamities.

“Do not use it to just to make yourself handsome or for political gains, make it accessible to our people in need 24 hours a day, use it for the good of all,” he said.

The turn-over of the vehicles coincides with the province’s 25th founding anniversary celebration.

Apayao was separated from the original Kalinga Apayao province on Feb. 14, 1995, by virtue of a Republic Act 7878 initiated by then Rep. Elias K. Bulut Sr. after winning the seat in 1992. He subsequently served as the province’s first governor.

Bulut-Begtang said one of the priorities is to continue the road projects.

“I will try to open roads even if they are just dirt roads so that our villages will be connected to us,” she said.  Liza Agoot / PNA – northboundasia.com