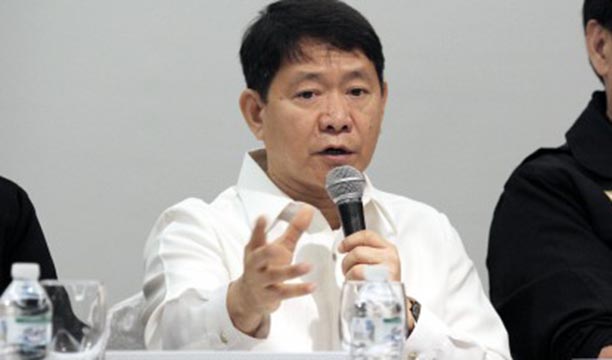 “I will make sure the scalawags in the PNP (Philippine National Police) organization are weed out. We will continue to do until the last scalawag is out. It is very important to get the trust and confidence of the public and we can only do so if we get rid of rotten eggs,” Año told Philippine News Agency (PNA) when sought for a comment after President Rodrigo Duterte ordered him to “first cleanse” the PNP before appointing a new head.

Año said the PNP is “really doing good” in its campaign against illegal drugs and criminality.

“Unfortunately, may kaunting sumisira ng imahe at ito ang tatanggalin natin (there are some destroying the image and we will eradicate them,” he added.

The Chief Executive was confident that Año could help him cleanse the police force.

He also assured that rogue cops accused of being involved in corruption and illegal drugs would be given due process.

Meanwhile, Año said he wants the PNP to pick only the best and brightest applicants to fill the police force’s 17,000 vacancies.

He said the PNP should ensure a stringent recruitment and hiring process where those who are not mentally and physically fit for the PNP are weeded out, and only the “very best” will be chosen.

“The cleansing program should already begin in the hiring. It will save the police organization from a lot of headaches later on if we do the hiring and recruitment process properly and seriously,” he added.

Stressing their salaries have been doubled by Duterte, Año said aspiring police officers should have excellent capabilities and the heart for public service.

“The days of ‘mahina utak nito, magpulis ka na lang’ (you are unintelligent so you should just become a police officer) is over. We want the best in our law enforcement agencies,” he stressed.

Año also warned ranking officials not to use the “bata-bata” (pets) system or there will be sanctions meted out to offenders.

“Huwag ninyong pansinin kung may backer man na mataas na opisyal o kaya bata-bata ng mga nakakataas. Kahit sino pa ang kamag-anak o kakilala ng magpupulis, kung hindi naman siya qualified, hindi siya dapat maging pulis (Don’t mind those who have ties with ranking officials or pets of those who are in position. Even if they are relatives of anyone in the police force, if they are not qualified, they cannot become police officers),” he assured.

The process should be transparent from day one in all stages of the recruitment process to prevent any irregularities, he added.

Lt. Gen. Guillermo Eleazar, chief of PNP Directorial Staff, echoed Año as he aims to eliminate the “palakasan” system in the course of the recruitment and selection process.

“Walang padri-padrino, walang palakasan (No backers. No favorites). Only those who are the best and most deserving among the qualified applicants will be accepted,” Eleazar told PNA when also sought for comment.

“Being a policeman today has become a noble and attractive profession because our President elevated the status of this career by upgrading policemen’s salaries. Today, one has to be deserving to be a policeman,” Eleazar said.

He added the President’s directive to get rid of police narco cops and scalawags, as pursued by the PNP chief, is also bringing back the luster and prestige of this profession.

The National Police Commission and the Department of Budget and Management have authorized the PNP to fill up 17,000 vacancies under its recruitment program for the year 2020.

The successful candidates will be appointed to the initial rank of Police Patrolman with a gross monthly salary of PHP29,668, with other mandated allowances and benefits.  Christopher Lloyd Caliwan /PNA – northboundasia.com