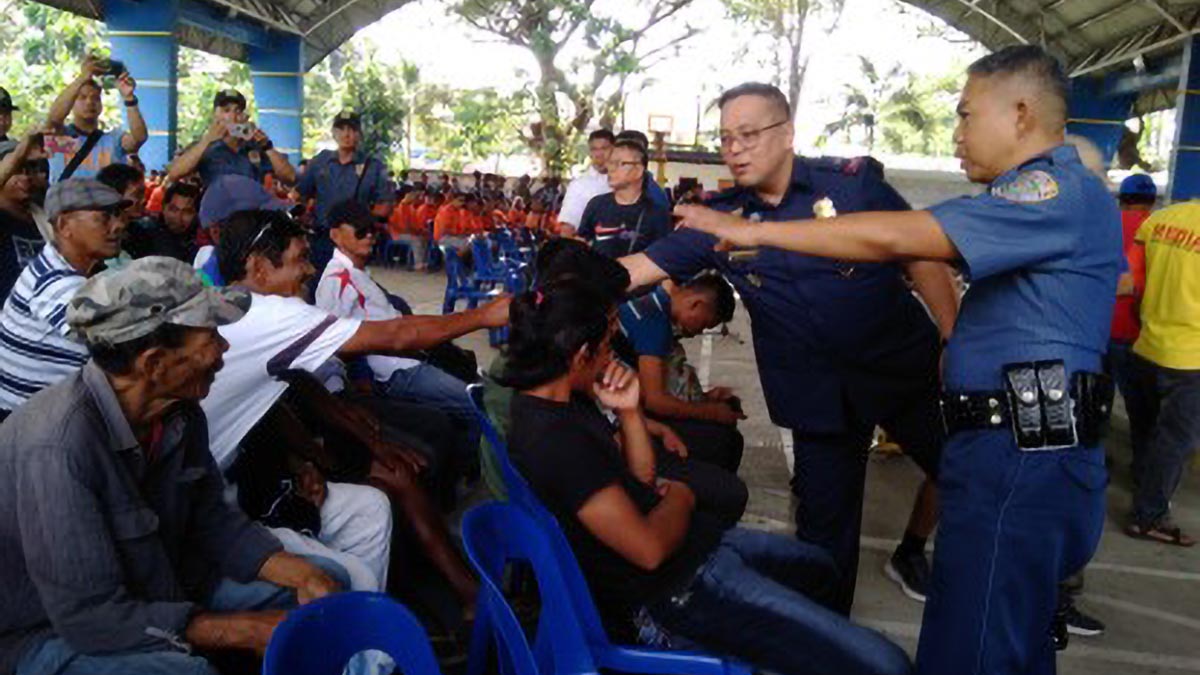 CABANATUAN CITY, Nueva Ecija — More than 200 persons, including 16 on the police watch list, were arrested as various firearms and deadly weapons and illegal drugs were seized in operations in Nueva Ecija for the first 12 days of the year.

Brig. Gen. Rhodel Sermonia, director of the Police Regional Office-3 (Central Luzon said on Monday the string of operations is in line with the marching order of PNP Officer- in-Charge, Lt. Gen. Archie Gamboa to intensify, reinvigorate and focus the drive against criminality and insurgency.

Sermonia led the presentation to the media of the recovered items at the Nueva Ecija Police Provincial Office (NEPPO).

The operations were stepped up with the launch of Simultaneous Anti-Criminality Law Enforcement Operations (SACLEO) which involved the arrest of wanted persons in illegal drugs, terrorism and street crimes.

For the same period, 63 suspects were arrested for illegal drugs and 10 confiscated loose firearms.

On the aspect of loose firearms, 38 firearms and seven explosives were confiscated.

On the campaign on other special laws, four anti-illegal gambling operations netted 14 violators.

Three operations for anti-illegal logging, on the other hand, resulted in the arrest of three violators, with a total confiscation of 8,500 board feet worth more or less PHP375,000.

A total of 4,915 motorcycles were impounded/undocumented but were released upon presenting required documents and payment of traffic citation tickets (TCT).

On the other hand, a total of 820 pieces of evidence composed of sirens, blinkers, fog lights, mufflers, and LED lamps were seized.

A total of 759 Oplan Bakal/Sita and Galugad and 1,596 checkpoint operations for police intervention were also initiated all over the province.

Meanwhile, a total of 67 former members of the New People’s Army (NPA) have surrendered to PNP and local government units in Nueva Ecija and availed of the Enhanced Comprehensive Local Integration Program(E-CLIP) for the same period, with four surrendered firearms and 22 recovered firearms.

Also, as a result of the vigorous effort to neutralize criminal gangs, one suspect surrendered with one firearm yielded.

For Ligtas Paskuhan, the 2019 accomplishment covering the period from December 21-31, 2019, showed at least 39 anti-illegal drugs operations were done wherein 44 were arrested and three were killed in police operations. At the same time, three loose firearms were confiscated.

On the other hand, 15 top 10 city/municipal level wanted persons were arrested, of whom four were Sibat targets and 28 were ordinary wanted persons.

With these accomplishments, Sermonia congratulated the entire force of NEPPO led by its provincial director, Col. Leon Victor Rosete for fighting all forms of lawlessness in the province.

“All that we have achieved last year were done with capabilities that still reside within our organization and this year, we will aim for greater heights in our accomplishment as we approach it together as a stronger force making sure our communities are safer and feeling safer throughout 2020,” he said.  Marilyn Galang /PNA – northboundasia.com