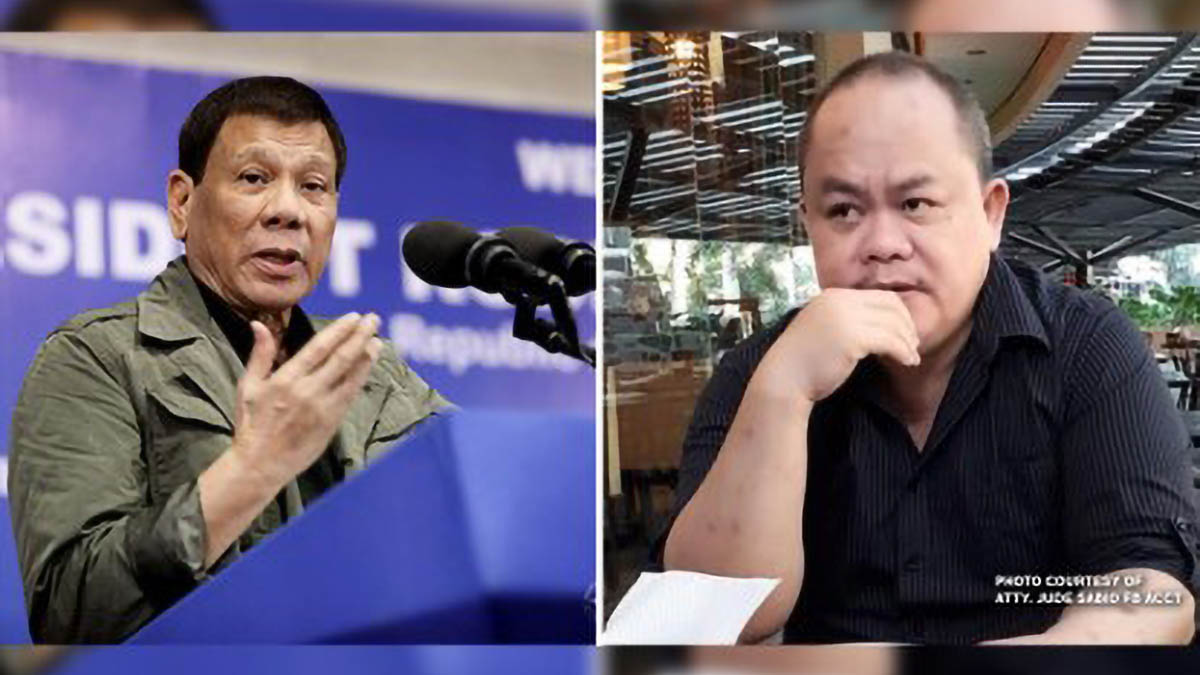 Citing alleged inability of his principals to settle fees due for his legal services, Sabio, in a 28-page pleading asked ICC Prosecutor Fatou Bensouda to strike out his name from the communications sent to the international body which is seeking an inquiry.

“I would be given a pittance when they needed me for the political propaganda, and then later I would be told that there was no more budget due to financial constraints. It was a pattern that was all too obvious to me, which made me so skeptical about their engagement of me for alias Bikoy,” Sabio said in a letter.

Sabio, who has had a quarrel with former Senator Antonio Trillanes over alleged legal fees for services rendered to another Duterte accuser, Edgar Matobato, said he was also approached to be the counsel for Peter Joemel “Bikoy” Advincula but feared he would not be sufficiently compensated for it as well.

“For if push came to shove, and if our discussion came to the next level, I would have charged them so many millions of pesos that they would find it impossible to engage me as lawyer for alias Bikoy. Precisely, I did not want a repeat of what had happened to me,” Sabio said in the document forwarded to journalists by Lorenzo Gadon.

Advincula had initially accused the presidential family of misdeeds in the so-called “Ang Totoong Narcolist” video but has since revealed that he was approached by the opposition to make the accusations against the president.

“Madame Prosecutor, in light of all these and under the circumstances obtaining, I am left with no choice but to formally withdraw from your office the communication that I filed way back on 24 April 2017. I fervently request that it be expunged or erased from the record, and that it should not be used in any way in the ongoing preliminary examination. I also fervently request that the legal matter pending with your office in relation to the war on drugs in the Philippines should be set aside and thrashed for being just a part of the political propaganda of Senator Trillanes, Senator de Lima and their LP (Liberal Party)-led opposition of which I do not wish to be a part,” he added.

In February 2018, the ICC launched a preliminary examination to determine if it will continue with a formal investigation into the complaints against President Rodrigo Duterte.

In March of the same year, the Philippines pulled out from the ICC which took effect after a year. Benjamin Pulta / PNA – northboundasia.com