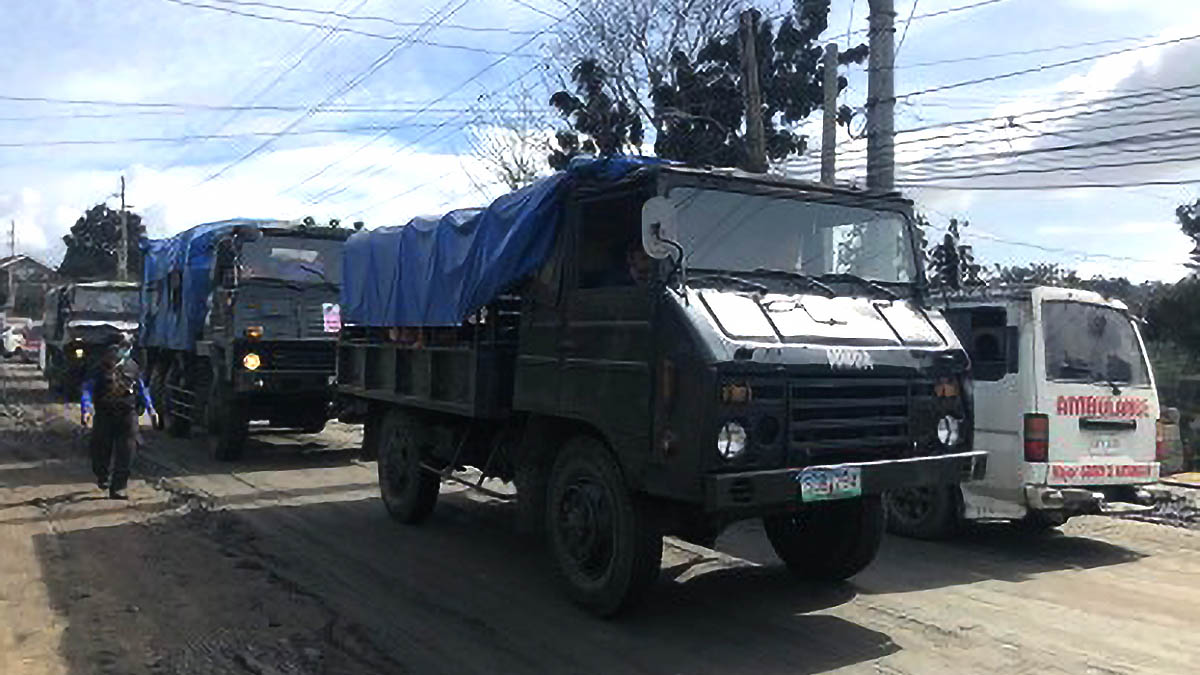 MANILA — The Metropolitan Manila Development Authority (MMDA) on Monday deployed a team from its Metropolitan Public Safety Office to Batangas province to assist in the evacuation of residents affected by the eruption of Taal Volcano over the weekend.

In a message to reporters, MMDA spokesperson, Assistant Secretary Celine Pialago said the group, which arrived on the scene before noon, was equipped with two fire trucks, three ambulances for medical assistance, and three military trucks for mass transport and evacuation.

The group also brought 10 water purifier units to be set up in an evacuation center and six self-contained breathing apparatus.

On Sunday, Taal Volcano had a phreatic eruption — spewing steam, ash, and small rocks over the province of Batangas and neighboring regions.

The Philippine Institute of Volcanology and Seismology (Phivolcs) subsequently raised the danger level of the volcano to 4, marking the possible “hazardous eruption” of Taal Volcano within hours or days.

Early Monday, the Phivolcs said the volcano’s activity progressed into a magmatic eruption and generated at least 75 earthquakes, with the strongest at Intensity 6.  Raymond Carl Dela Cruz /PNA – northboundasia.com