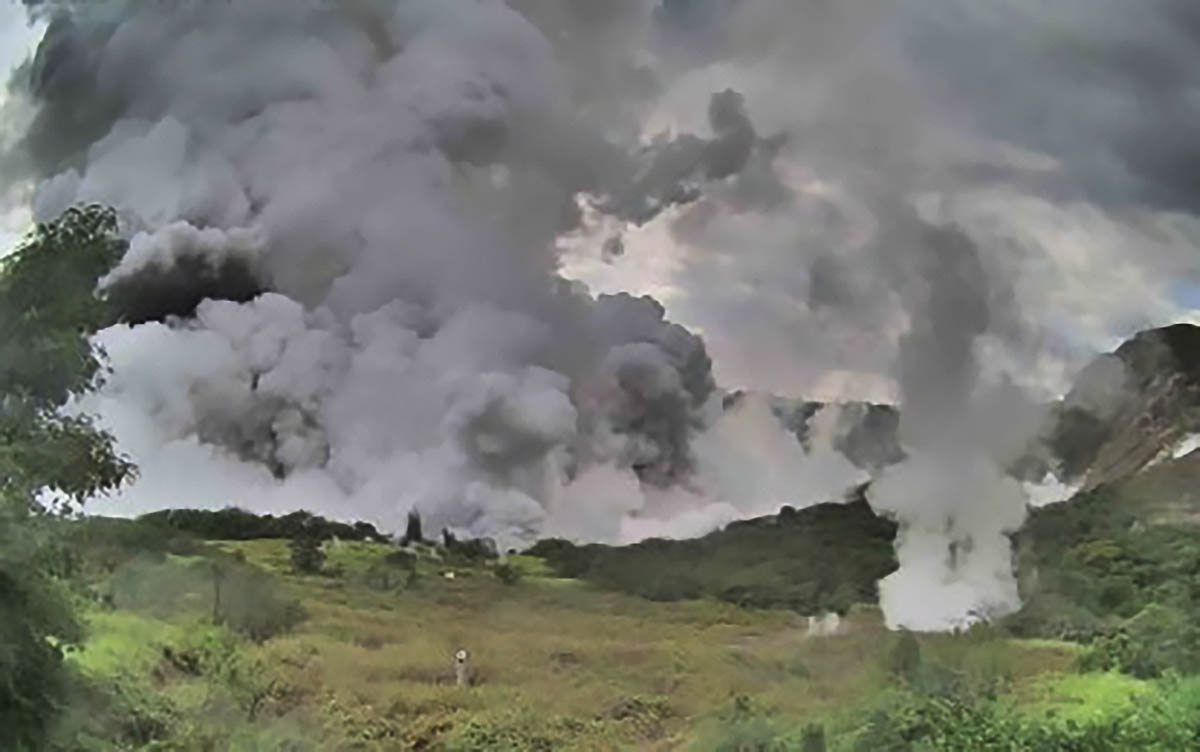 MANILA — An increased steaming activity was observed in Taal Volcano on Sunday prompting the Philippine Institute of Volcanology and Seismology (Phivolcs) to raise its alert status to Level 3.

“We have been raising the Alert Level (in Taal) from zero to 1 since March 2019. Today we have observed a fast escalation in the (volcanic) activity,” Phivolcs director Renato Solidum told the Philippine News Agency (PNA).

Alert Level 3 means the volcano’s activity could lead to hazardous eruption within weeks.

In its 4 p.m. bulletin, Phivolcs said the volcano’s main crater has escalated its eruptive activity, generating an eruption plume 1 kilometer-high accompanied by volcanic tremor and felt earthquakes in Volcano Island and in villages of Agoncillo, Batangas.

It added that ashfall is being showered on the southwest sector of Taal.

Solidum, however, clarified that spewing of ashes technically means there was an eruption.

“We advise the public to do precautionary evacuation,” he said.

According to Phivolcs, an increased steaming activity in at least five spots inside the main crater has been observed on Sunday afternoon, “with the largest activity comprised by a phreatic explosion that generated a plume approximately 100 meters high”.

The public is advised that the main crater is strictly off-limits because sudden steam explosions can occur and high concentrations of lethal volcanic gases can be released.

“The northern portion of the Main Crater rim, in the vicinity of Daang Kastila Trail, can also become hazardous when fumarolic or degassing activity along existing fissures suddenly increases,” it added.  Ma. Cristina Arayata /PNA – northboundasia.com