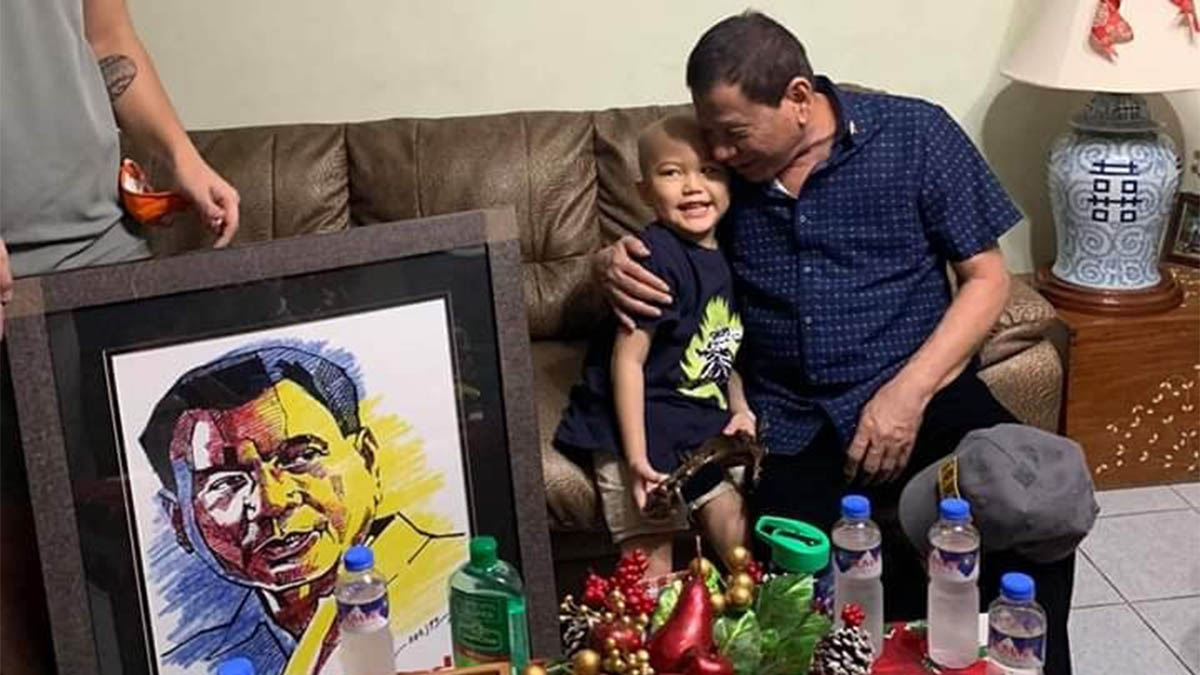 MANILA — A five-year-old boy who is battling leukemia received an early Christmas present from no less than President Rodrigo Duterte on Friday.

Duterte greeted cancer-stricken Jacob Wong with a warm smile, as soon as he saw the latter waiting for him at the living area of the President’s home in Davao City, based on a video uploaded on Facebook by the child’s mother, Johanne Bernice.

The President sat beside Jacob on a long, brown couch and gave him a fatherly hug.

Duterte also kissed the child on the forehead twice, a sweet gesture from the President that is rarely shared with the public.

He likewise gifted Jacob with two miniature motorbikes, a “DU30” cap, and the President’s framed caricature.

“I will do anything for a child,” Duterte added.

Johanne also posted a video of a euphoric Jacob who was seen dancing after meeting Duterte.

“It’s so past his bedtime, but this Duterte fever hit him hard,” she said. “Christmas came early this year. Thank you so much, Mr. President, for welcoming us in your humble home.”

According to the Facebook page “Jacob’s Faithful God”, the child’s family learned that he has leukemia when he had a high fever and severe leg and hip pain last September 9.

The President has a big heart for children who are diagnosed with cancer. As part of his Christmas tradition, he visits young cancer patients at the Southern Philippine Medical Center in Davao City.  Ruth Abbey Gita-Carlos / PNA – northboundasia.com