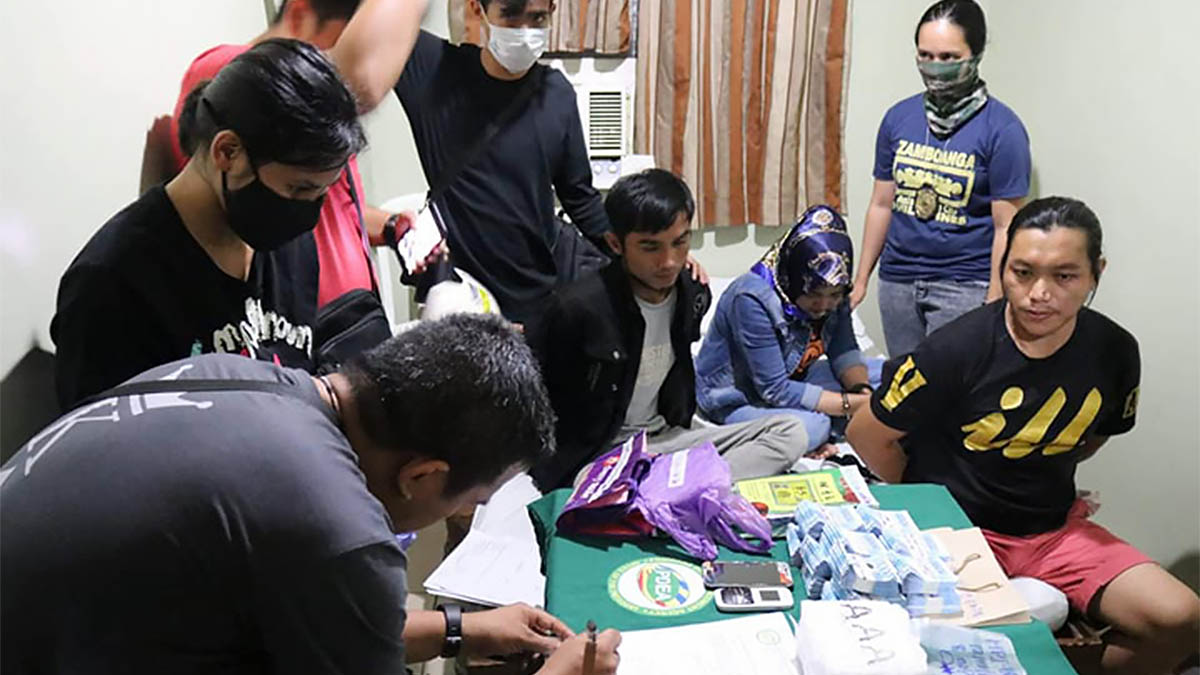 Jubay said a companion of the suspects, identified only as certain “Issa”, managed to elude arrest.

He said the suspects were arrested in a buy-bust around 8 p.m. Thursday inside a pension house on Gov. Camins Avenue, Barangay Canelar.

Seized from the suspects were a kilo of suspected shabu worth PHP6.8 million, 15 bundles of “boodle money” and other pieces of evidence.

Cases for violation of Section 5, Article II of Republic Act 9165 known as the Comprehensive Dangerous Drugs Act of 2002 will be filed against the three suspects, Jubay said.

The confiscation of a kilo of suspected shabu on Thursday night was the second biggest drug haul by government authorities in its campaign against illegal drugs in the Western Mindanao area.