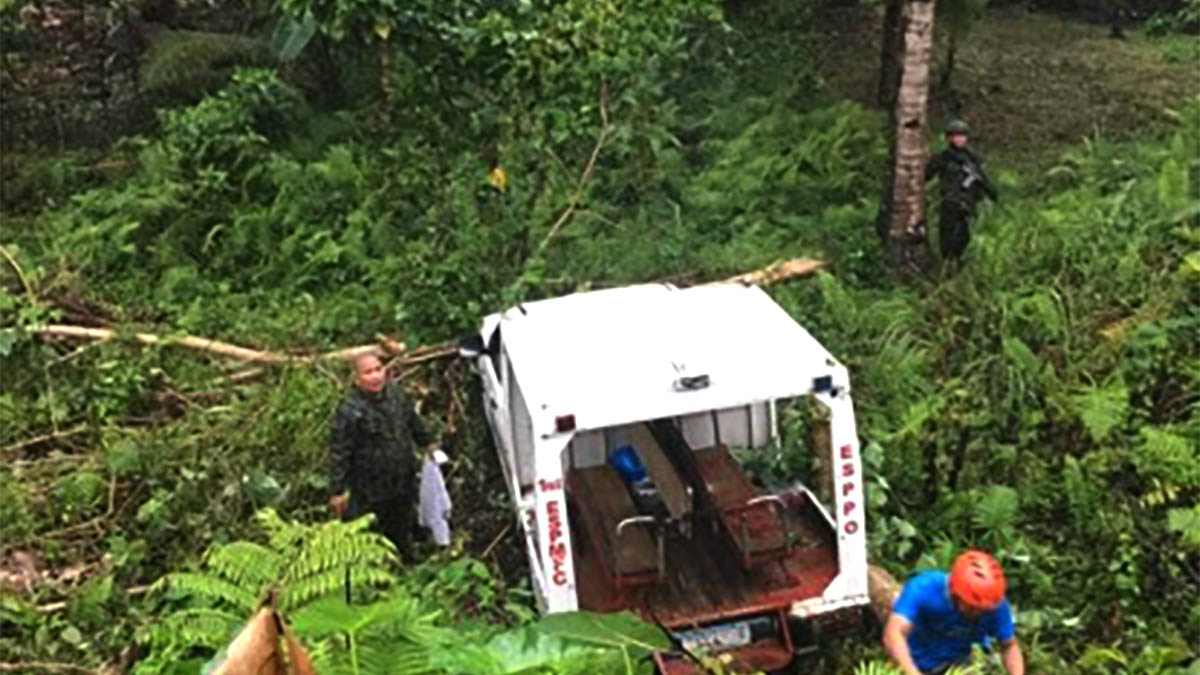 TACLOBAN CITY— A police officer was killed and five others were hurt in an ambush Friday afternoon in Libutan village, Borongan City, Eastern Samar.

Initial report reaching Police Regional Office 8 (Eastern Visayas) disclosed that suspected members of the New People’s Army detonated an anti-personnel mine on the roadside hitting a police car passing the area around 2:53 p.m. on Friday.

Onboard the patrol car were seven policemen from public safety force based in Eastern Samar.

One was killed and others were rushed to the nearest hospital after suffering serious injuries. The police have not yet released the names of victims.

The police have yet to confirm reports on civilian casualties due to the explosion.

The report described the attack as a “large explosion followed by a burst of fire”.