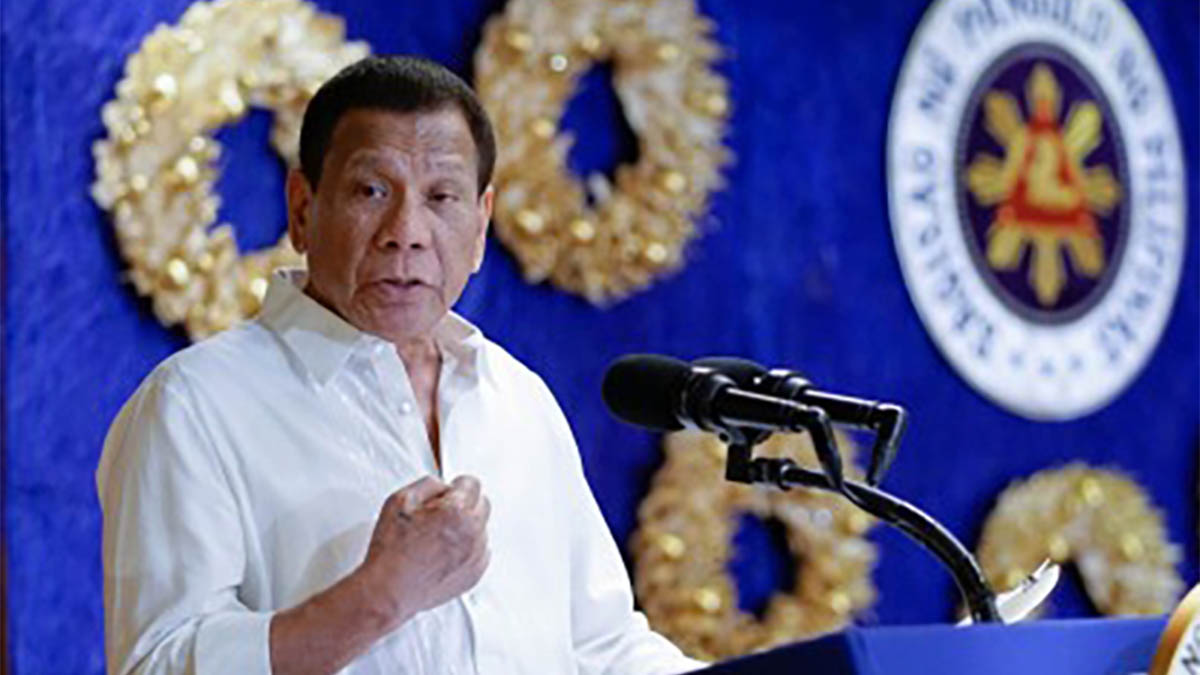 MANILA – Malacañang on Friday lamented that water concessionaires Manila Water and Maynilad seem unafraid of doing their “worst”, following their warning of raising water rates in case the government revokes the extension of concession deals with the two firms.

In a statement, Presidential Spokesperson Salvador Panelo slammed the two companies for recanting their earlier pledge to President Rodrigo Duterte to defer the implementation of their approved increase in water rates in January 2020.

Next month, Maynilad is scheduled to increase water rates by PHP1.95 per cubic meter, while Manila Water is slated to raise its base tariff by PHP2 per cubic meter, as part of phased adjustments for the fourth rebasing period.

Panelo said Manila Water and Maynilad apparently do not care about the plight of water consumers.

“We note that the two Metro Manila water concessionaires, Maynilad and Manila Water, have threatened to increase the water rates by 100 percent, following the decision of the MWSS revoking the extension of their concession agreements,” he said.

Manila Water and Maynilad wrote separate letters to Duterte on December 10, expressing their willingness to make amends following threats of facing charges of economic sabotage and even expropriation from the President.

“We recall that they offered not to implement the approved new water rates, among others, after the President publicly denounced the onerous provisions of the said contracts. These concessionaires can do their worst and continue with fleecing the consumers while the President will do his best in serving and protecting the interest of the people,” Panelo said.

Duterte has repeatedly claimed that the government’s concession agreements with the two water concessionaires contain “onerous” provisions that are disadvantageous to the public.

He has been lambasting the two companies, after the Permanent Court of Arbitration (PCA) in Singapore ordered the Philippine government to pay Manila Water PHP7.39 billion for the non-implementation of water hikes from June 1, 2015 to Nov. 22, 2019.

He has ordered the filing of appropriate criminal, civil, and administrative charges against the owners and legal counsels of Manila Water and Maynilad, as well as the agents and lawyers of the governments involved in the crafting of the water concession deals.

Duterte’s actions prompted Manila Water and Maynilad to send him a letter, signifying their intent to cooperate with the government to settle the issue.

Panelo on Friday released the letters, which are still under review by the Chief Executive, “for the sake of transparency.”

“As we have previously stated, Maynilad and Manila Water each wrote a formal letter making an offer to talk about the issue and renegotiate the onerous provisions of the contracts. There has been no acceptance by the President of their offer nor has he declined it. The subject is still under review by the President,” he said.

Manila Water chairperson Fernando Zobel de Ayala, in his letter, relayed to Duterte his company’s decision not to collect the PHP7.39 billion it won in an arbitration case against the government.

Zobel also assured the President that Manila Water informed state water regulator Metropolitan Waterworks and Sewerage System (MWSS) on December 3 of its plan to “work out an arrangement that will effectively defer the implementation of the approved water charge.”

He also noted that Manila Water has agreed to “immediately start with the discussions and expedite the negotiations” with regard to its supposed “illegal, onerous or disadvantageous” agreement with the government.

“Mr. President, we heed your call to revisit and re-negotiate certain provisions of the concession agreement. We fully share your mandate to put the interest of the people as the primary objective,” Zobel’s letter read. “We will work closely with the proper government agency to make sure that the PHP7.39 arbitral award will not have to be paid by the government directly or through the customers.”

Meanwhile, Maynilad chair Manuel Pangilinan and president and chief executive officer Ramoncito Fernandez assured the President that they would cooperate with MWSS in reviewing and possibly amending the concession agreement.

Pangilinan and Fernandez guaranteed that just like the President, their desire is to also “provide our people access to water and wastewater services at affordable rates.”

The two Maynilad executives also reaffirmed their commitment to Duterte’s efforts in “nation-building, economic growth, and stability of service” to water consumers.

Despite this, the MWSS announced on Tuesday that it has revoked the resolution extending by 15 years the 25-year concession agreements with Manila Water and Maynilad signed in 1997 during the leadership of then-president Fidel Ramos.

The two concessionaires’ operation ceases in 2022, after the MWSS revokes the resolution signed in 2009 during the watch of former president Gloria Macapagal-Arroyo which extended the deals until 2037.

Panelo said the water concession pacts with Manila Water and Maynilad “violate every prohibited act of the law.”

“All legal options are open to him (Duterte). It must be remembered that the President is a lawyer and a public prosecutor for many years, hence knowledgeable on the provisions of the anti-graft law. An examination of the latter reveals that the contracts are on all fours with it. Stated differently, the agreements violate every prohibited act of the law,” he said.

Panelo also ensured that Duterte would not be “swayed” by nor “enticed” into the proposed settlements by Manila Water and Maynilad.

“The concessionaires are put on notice that the Chief Executive will not renege from his constitutional duty of enforcing the law. Neither will he be swayed (by) nor enticed into accepting a compromise. Dura lex sed lex (The law is harsh but it is the law),” he said.

Panelo noted that water is a natural resource and the people’s access to it is a basic human right and is constitutionally protected as well.
“Any measure therefore in derogation of this right requires government intervention,” he added.  Ruth Abbey Gita-Carlos / PNA – northboundasia.com