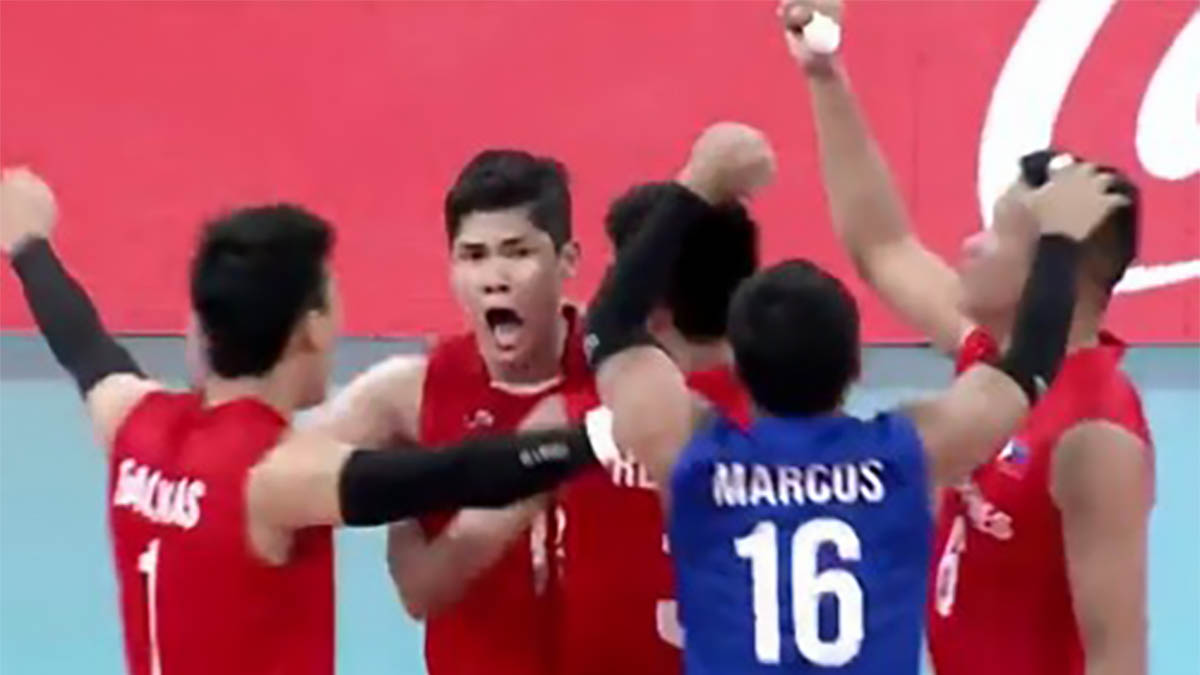 The Filipino spikers ranked 131 in the world with wanting experience in the international scene, ended the reign of Thailand, the four-time SEA Games defending champion ranked No. 39 before 6,700 roaring home fans.

Bryan Bagunas sparked the team’s comeback from 1-2 deficit delivering the big hits, including a big block and a championship-clinching attack that frustrated the Thais.

With the win, the Filipino spikers assured themselves of a silver medal while ending a 28-year medal drought since a bronze medal finish in the 1991 games and return to the volleyball finals after 42 years.

The gold medal battle is set on Tuesday at 6 p.m.

“This is too much, I can’t explain the feeling right now. We’re elated because we won and we’re assured of a silver. But we need to work harder for the title,” said coach Dante Alinsunurin.

With Marck Espejo checked by the Thai defense, Bagunas rose to the occasion, playing his heart out to the delight of the crowd, coming up with a SEA Games-best 27 points built on 23 attacks, two aces and as many as blocks. Espejo poured 20 points on top of 12 excellent receptions.

Thailand stood on the brink of advancing to the finals with a 14-13 lead in the deciding set but committed a service error. Super-sub Amorntep Konhan gave the lead back to the defending champions but the Filipinos refused to be intimidated and clinched the win in two hours and 18 minutes. PNA – northboundasia.com