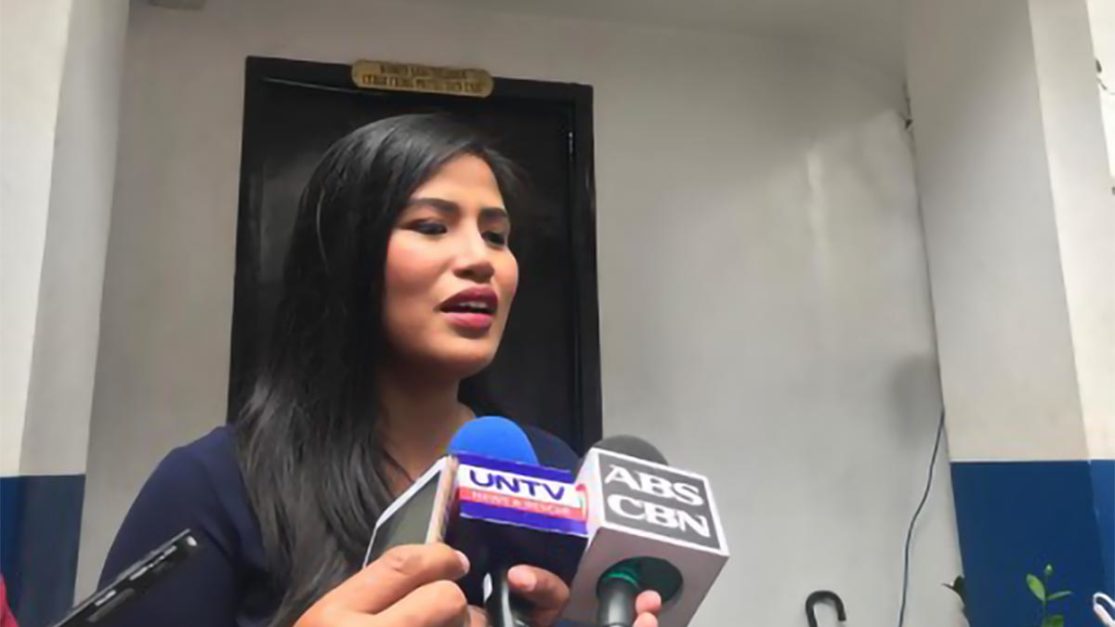 In a message sent to reporters, Pialago said she filed the complaint against the publisher/s of “Pinoy Laugh Page” at the Philippine National Police (PNP) Cybercrime Unit.

The spokesperson said the complaint was for a post which contained a picture of her captioned with: “MMDA sa commuters: Kung nahihirapan sumakay, ‘wag na lang pumasok (MMDA to commuters: if you find it hard to commute, then don’t go to work).”

“I never said this. And I’m actually on my way to PNP Camp Crame to report/file a complaint on this. Maging babala sa mahilig manira ng kapwa at sa mga mahilig magpakalat ng fake news (Let this be a warning against those fond of character assassination and distributing false news),” Pialago said.

Pialago said the Facebook page deleted the said post but she will continue to pursue the identities of those responsible.

The complaint-affidavit indicated a friend of Pialago tagged her on the post with the statement allegedly declared by her.

“The said statement is utterly baseless and fictitious. I completely and vehemently deny having declared/stated such,” Pialago said in the affidavit.

She added that the post was shared on Facebook “solely for the purpose of discrediting my reputation and credibility as MMDA spokesperson.”

Pialago said the defamatory post resulted in her becoming a subject of “public ridicule, hatred, and social bashing.

“Even mga opisyal natin, walang nagsabi nito (our officials, nobody said this). This is technically and obviously a fake news, false statement,” she said.

The MMDA official said the post had already been deleted.

Meanwhile, the Philippine National Police (PNP) Anti-Cybercrime Group on Wednesday vowed to help Pialago in going after the perpetrators of these posts.

Col. Ramon Gamboa, chief of the ACG cyber response unit, said they will coordinate with Facebook and trace the administrators of the social media pages.

He said the subject social media accounts already seemed to be fictitious.

“‘Yung mga identity ng tao dito, naka-hide so ‘yun ‘yung ating iniimbestigahan ngayon, kung sino ‘yung (The identity of the person here is hidden so that is what we are investigating now. Who is the) administrator,” Gamboa said.

Gamboa also warned those who will publish fake news to stop as police will track them down and apprehend them.  Raymond Carl Dela Cruz with reports from Christopher Lloyd Caliwan/PNA)