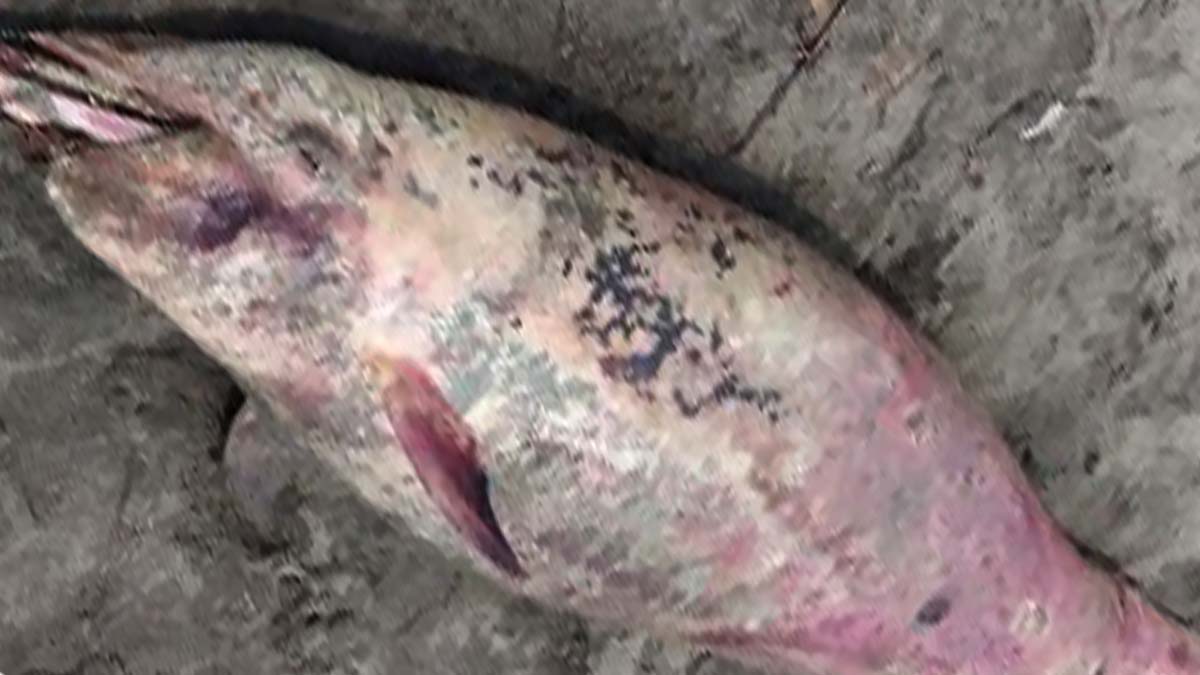 BACOLOD CITY — Another dolphin was found dead on the shoreline of Barangay Patic in Pulupandan, Negros Occidental on Wednesday.

The Lumba Project, an advocacy group researching Irrawaddy dolphins and other marine mammals, posted on its Facebook page a photo of the lifeless Fraser’s dolphin in advanced decomposition.

The carcass was found by fisherman Jeremias Gabayeron floating around 3 a.m.

De la Paz, also a research associate at the Center for Research and Engagement of the University of Saint La Salle here, told the Philippine News Agency (PNA) on Thursday they cannot yet identify the specific causes of death of these aquatic mammals.

The first dead Irrawaddy dolphin found in Barangay Sampinit, Bago City in January was pregnant and had a large puncture wound on its side probably caused by a boat strike while the second, a male one found on July 10, had collapsed lungs, which was probably caused by drowning.

“But we cannot be conclusive,” de la Paz said.

The Earth Island Institute Philippines earlier noted that with the death of the two, the Irrawaddy population in Negros Occidental is now down to 11 individuals.

The third, a spinner dolphin, was discovered by residents of Barangay Zone 1, Pulupandan on August 13.

De la Paz said they cannot also determine what caused the death of the two others.

“We examined their stomachs and none of them had any plastics in there,” he added.

De la Paz said the public can do a lot to help conserve and protect the dolphin population in Negros Occidental.

“They have to avoid throwing trash into the oceans and support policies and programs that protect the dolphins and their coastal habitats,” he said.

These include pushing for marine protected areas that regulate boat speed and fishing gear as well as provide sanctuaries for fish prey, and helping ensure that industries comply with the Department of Environment and Natural Resources rules and regulations related to discharging wastewater into the sea.

De la Paz said the use of pesticides in farms should also be discouraged because the residue will eventually reach the coastal area, adding that mangrove habitats should also be preserved.

“We should also pressure the government to put into consideration the dolphin habitat when planning the Negros-Guimaras bridge,” he added.