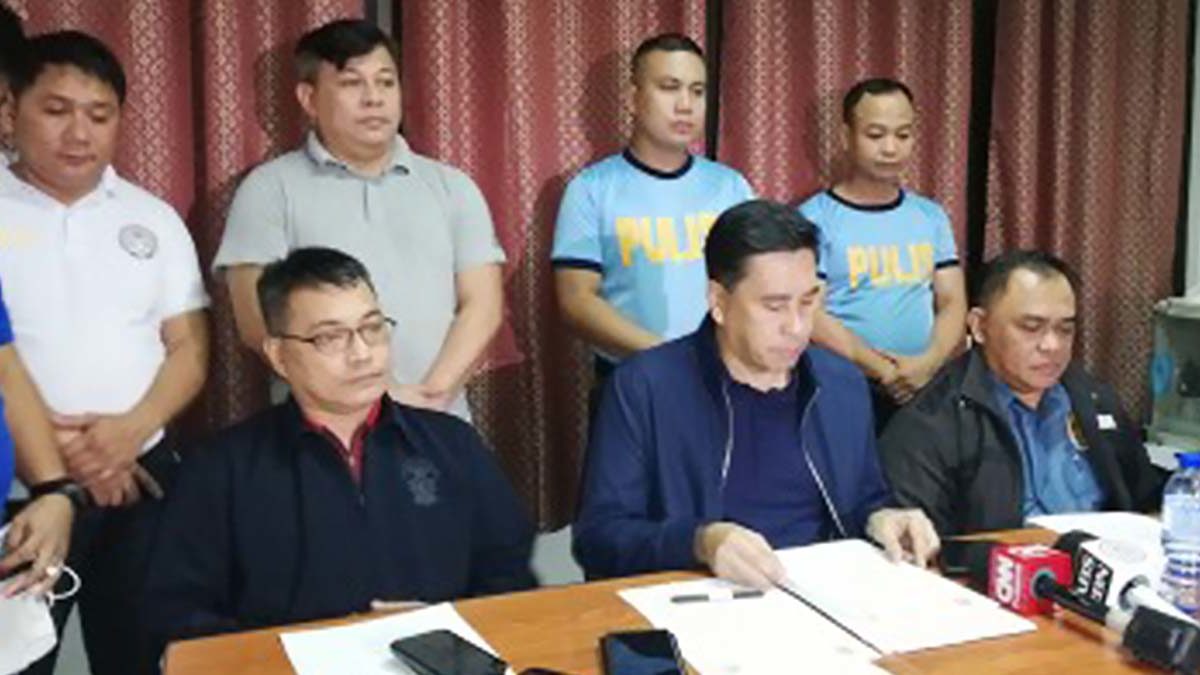 In a press briefing Thursday, Pangasinan Police Provincial Office (PPPO) director Col. Redrico Maranan said they have persons of interest but they wanted to establish first a solid case against them.

“We’ve done dragnet operations, backtracking of closed circuit television cameras (CCTV), and we have a team solely dedicated in CCTV footages. We are on the process of taking composite sketch based from the statement of eye witnesses,” he said.

Maranan said from their assessment, the suspects are members of a gun-for-hire group considering the weapons used and their execution of the crime.

He disclosed that authorities recovered more than 169 empty shells of high-powered guns from the crime scene.

“We are still identifying the owners of the cars and we have coordinated with the Land Transportation Office and the highway patrol group. We are also waiting for the ballistic report on the firearms then the cross-matching to see if these were used in other crimes,” Maranan said.

Aside from the two recovered vehicles, he said, they are also looking for a Toyota Wigo allegedly used by the suspects.

Police forensics, he said, are conducting bullet trajectory on Espino’s convoy, an Innova and a Land Cruiser.

Maranan said the motive for the incident has yet to be established by the authorities as it will be anchored from the pieces of evidence.

“The former governor wrote to us last week about the threats he was receiving, so we gave him temporary security details,” he said.

“The assailants waited for Espino’s convoy and they got out of the cars and fired at them when they reached the intersection. The Innova was riddled with bullets but the Land Cruiser where Espino was onboard was able to reach the nearby hospital,” Maranan said quoting witnesses.

Maranan said Esguerra died on the spot, while Espino was wounded on the right side of his stomach and right hand, but is in stable condition since Wednesday night.

Cuison, Malsi and Marbori were also wounded, while Columbino, who was unharmed during the ambush, managed to flee.

“Columbino was nowhere to be found after the incident so we traced him and found him. He initially told us that he got scared after the shooting incident, so he left and went to his home province. We are yet to get his full statement on the incident,” he said.

“We are hoping to solve this case in due time in a correct and proper way,” Maranan added.