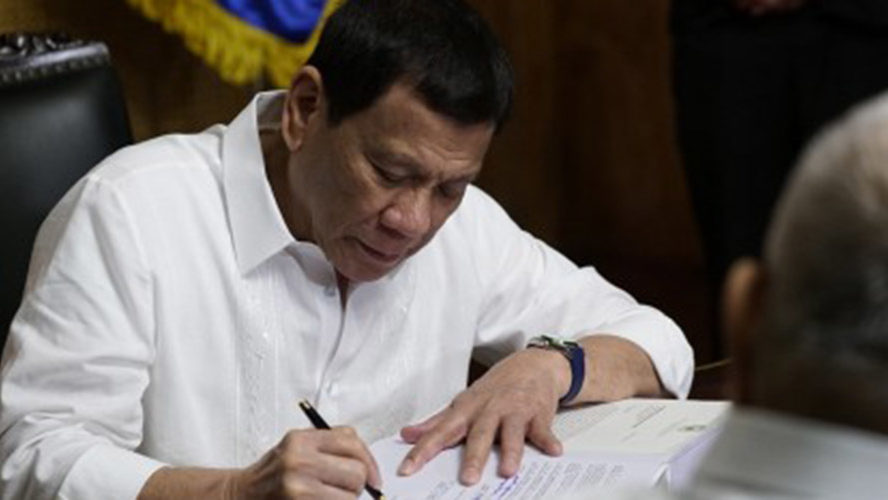 Duterte signed the “National Campus Press Freedom Day Act” or Republic Act 11440 on Aug. 28 and a copy of the document was released to media on Tuesday (September 10).

“It is hereby declared the policy of the State to promote, protect, and safeguard the constitutionally guaranteed right to freedom of expression, speech, and of the press,” the law read.

“As part of media, the campus press is an important institution in promoting and protecting the freedom of the press and the freedom of expression. As a testament to its remarkable contribution in the continued advancement of these freedoms, the State shall, as a matter of policy, promote the observance of July 25 of every year as ‘National Campus Press Freedom Day’,” it added.

Under the law, National Campus Press Freedom Day must be observed in all educational institutions.

All educational institutions are mandated to provide full support and assistance to the preparation of the annual program of activities and events to be conducted by students in observance of National Campus Press Freedom Day.

Earlier, the Senate declared to adopt House Bill 6024 which seeks to declare July 25 of every year as National Campus Press Freedom Day, as an amendment to Senate Bill 747.

Zarate noted that the College Editors Guild of the Philippines (CEGP), an alliance of tertiary student publications nationwide, was founded on July 25, 1931.

It also coincides with the birthday of Ernesto Rodriguez Jr., the founder of the CGEP and former editor-in-chief of the campus publication of National University, The National.   Azer Parrocha / PNA – northboundasia.om