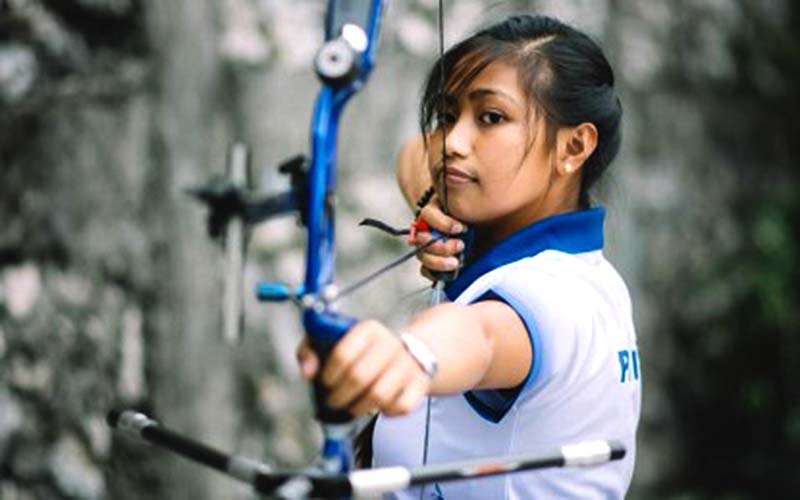 BAGUIO CITY – Baguio lass and Olympic hopeful Kareel Meer Hongitan fell short of her quest for an automatic slate in the 2020 Olympics in Tokyo when she lost to the world’s number two in the last 16 in the S-Hertogenbosch 2019 Hyundai World Archery Championship in The Netherlands on June 13 (Friday here).

Hongitan lost to Taiwan’s Lei Chin Ying in the third round of the tournament and dashed her hope for the Olympic berth.

Ranked 79th in the world, Hongitan earlier upset 34th seed Melanie Gaubil of France, before taking down World Cup gold medalist Peng Chia Mao of Chinese Taipeh to advance to the round of 16 against Lei, an Olympic bronze winner.

“My third and last game was against (world’s) rank 2 (player) of Chinese Taipei rin po (still). I lost,” added Hongitan of her last 16 matches in the event that drew 104 players of which she is the 79th seed.

Hongitan ended her Olympic bid and now eyes a good placing in the Continental Cup this November.

“Na-fill na po yung apat na slots for Olympics (the slots for the Olympics has been filled up),” said the last standing Filipino in the Netherlands meet.

Only four slots were given in the women’s re-curve and eight for the team, she added.

“So sa Continental Championships naman po sunod, kasi mas slim po ang chance (next will be for the Continental championship because the chance is lower) [sa Olympics],” she said.

Hongitan is also eyeing a slot in the South East Asian Games (SEAGames) with the qualifier set late this month.

“We’re going to have a final selection for the SEAGames pagbalik namin ng Manila. Sa [June] 24-30 po (when we arrive in Manila on [June] 24-30),” she said as she looks forward to improving on her bronze medal in the team play in the 2017 SEAGames in Malaysia.

Hongitan, who earned her BS Hotel and Restaurant Management last month from the University of Baguio came short of claiming a seat in the 2016 Rio Olympics.

In 2016, she played last and rallied the Philippine women’s team to the bronze medal.  Pigeon Lobien / PNA – northboundasia.com