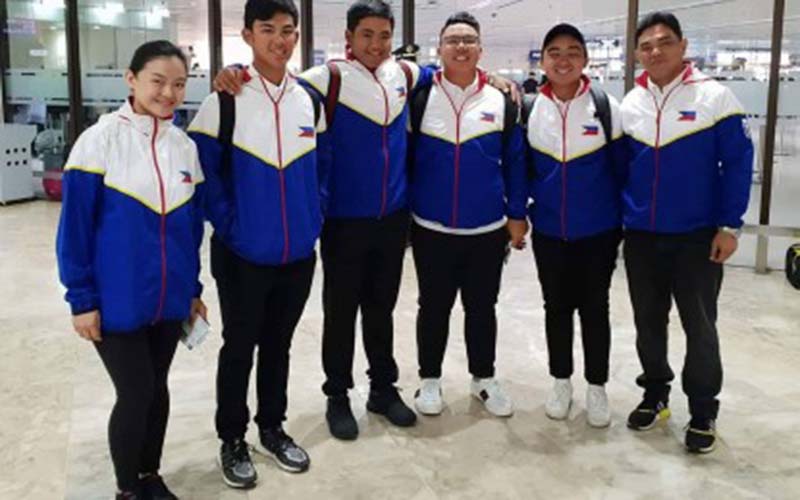 The tournament will start on June 18 until the 22nd at the said golf club ‘s Ishino Course in Toshitomo-cho Fukada in Toyota-shi, Japan.

The quartet will meet stiff competition in the tournament where they will play against the top teams like the United States as well as Denmark, Sweden, Spain, Australia, Japan, among others, said Wong’s father Paul through a private message on Friday.

Not downplaying the chances of his son and the Philippine team, the older Wong said: “It’s a long shot but merely playing in this level is already an achievement… all to gain for us,” Paul Wong told Philippine News Agency (PNA) in another message.

The Philippine team is composed of Chan, Corpus, and Ramos after finishing in the top three of the two-stage of four rounds each Southeast Asian Games (SEAGames) qualifiers held at the Luisita’s Golf and Country Club that ended last June 13.

Chan, Corpus, and Ramos will represent the country in the SEA Games late this year to be played at Luisita’s.

The four were teammates in the 2017 Fil-Am Golf Invitational under eventual winner Manila Southwoods, but Wong left last year to join Royal Northwoods.

While team Denmark defends the boys’ title, eyes will be on the Spanish duo of David Puig and Jose Luis Ballester, who are both inside the top 65 of the World Amateur Golf Ranking.

The Spanish duo will headline the field of 87 of the world’s best junior golfers in the annual tournament supported by the Japan Air Lines.

Team USA is expected to be led by Alex Vogelsong, a recent winner of the Terra Cotta Invitational, as the Americans seek a third victory in the past four editions when competition tees off June 18 at the Aichi Prefecture.

Host Japan seeks to go back-to-back on the girls’ side.

“The quality of play in our participants continues to rise with each passing year,” said tournament committee Chairman William Kerdyk in the tournament’s press release.

“On behalf of all those who work so hard to make this event a success, we are proud to once again present junior golf’s finest international team competition,” he added.

On its 27th edition, The Toyota Junior Golf World Cup is the final destination of a process that begins with nearly 70 national teams entered in regional qualifiers across six continents.

The boys’ field features 15 teams competing for the world championship, while nine teams advanced to the girls’ finals.