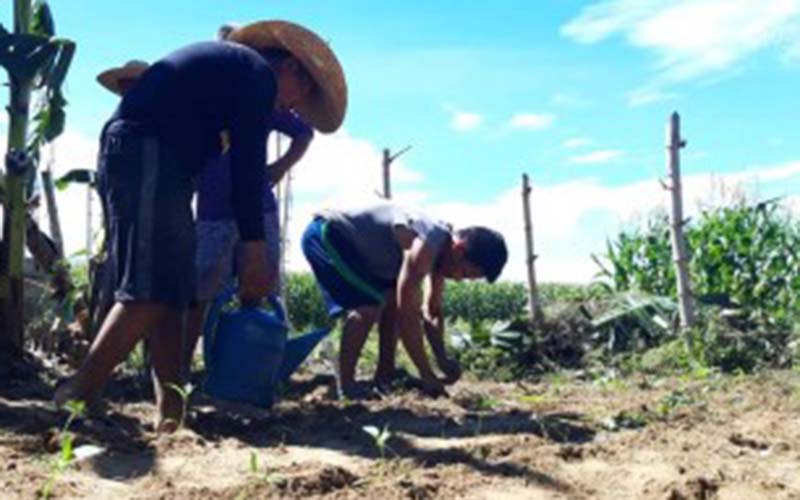 BAYAMBANG, Pangasinan — Some 50,000 vegetable seeds and seedlings are being distributed by the municipal government to the residents of 77 barangays here to set in motion their community gardening project.

Municipal agriculturist Artemio Buezon, in an interview Friday, said the local government, with the initiative of Mayor Cezar Quiambao, has been urging residents to make use of every vacant lot for gardening or planting of vegetables.

“Since 2017, the Mayor has been telling the citizens here to plant in every vacant lot available. The municipal government provides seedlings as well as organic fertilizers as we do not encourage the use of pesticides, this way they could have their own and healthy food at their backyards,” he said.

Buezon said the scope of then backyard nursery gardening in the town has widened this year, turning into what can best be described as community gardening.

“The nursery gardening benefited only eight to ten families per barangay, whereas our goal now is to benefit all the families in every barangay,” he said.

Vegetable seeds such as eggplant, pechay, squash, tomato among others and the organic fertilizer from town’s material recovery facility are provided for free by the municipal government, Buezon disclosed.

“They can plant the seeds in vase or anywhere. And those who say they cannot plant are just lazy. Everyone can plant since the soil here is fertile,” he said.

He added that the municipal government has set a competition for best community garden every April, which is also their farmers’ day.

“Winners receive PHP30,000 cash prize for first place, PHP20,000 for second place and PHP15,000 for third place while there is also PHP1,000 consolation prize for each of the participants. This is to encourage them more into gardening,” Buezon said.

The community gardening is part of the poverty-alleviation strategies of the municipal government, which is a component of its revolution against poverty.

“This will not only provide meal for the families but also a source of income if they have produced more than what they needed,” Buezon said.  Hilda Austria / PNA – northboundasia.com