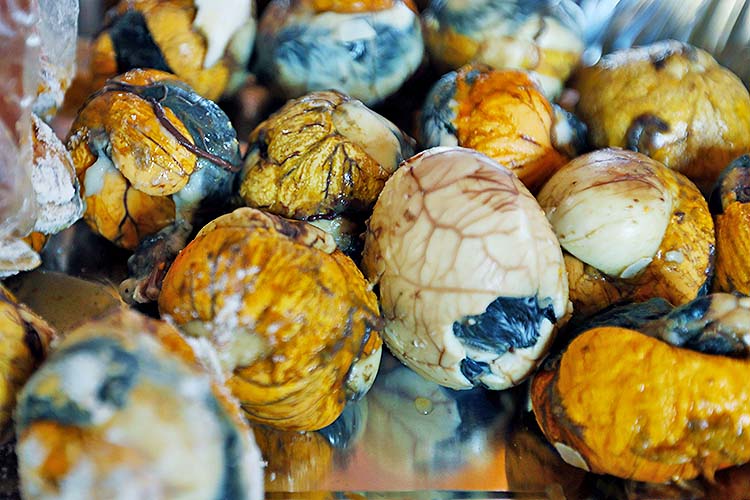 MANILA — After a decline in its balut industry following years of urbanization, Pateros is seeking to revive its old title as the Philippines’ “balut sa puti” capital.

Balut, a fertilized duck embryo boiled as a delicacy, is one of the most prominent exotic food the Philippines is known for.

Pateros, being the last municipality in the National Capital Region (NCR), was once host to a multitude of duck farms and balut houses that use the traditional method of incubating egg.

But what went wrong? When did Pateros lose its balut fame?

“There was a time that the balut and salted egg industry in Pateros was flourishing because the ducks were tended in Pateros itself. They enjoy raw materials because these were all available in the riverbanks (back then),” Andy Concio, a balut house owner in the past, now a business consultant for the municipal government’s commercial balut production, said during the annual Balut sa Puti Festival.

Ten years back, Concio recalled, pollution started to spread in the Pateros River, making it impossible to breed ducks.

“The Pateros River was about 15 to 20 meters in width then. Now it’s only 2 meters in width, plus it’s full of dirt,” he said. “Pateros gets its own raw materials back then. Now, we get our raw duck eggs from nearby provinces.”

Another reason is the balut makers’ initial failure to adopt technology that could maximize their production of balut, Concio pointed out.

“Walang taga-Pateros ang nag-embrace ng bagong teknolohiya (No one from Pateros embraced the new technology). All of them insisted on producing balut the traditional way,” he said.

Girlie Millendez, owner of the few remaining traditional balut houses in Pateros, said that their business indeed took a downturn over time when they lost to nearby provinces that are also producing balut.

In a bid to revive their title, Pateros has partnered with the Department of Tourism (DOT), which vowed to help strengthen their promotion of balut as one of the Philippines’ official culinary tourism products.

Cathy Agustin, officer-in-charge of DOT-National Capital Region, said this was the first time that the DOT intervened to bolster Pateros eggs’ promotion locally and abroad.

Agustin said the agency seeks to establish the lone municipality of Metro Manila as a center, where foodies and tourists can visit whenever they crave for the Asian delicacy.

“We want the people to experience food. We want them to see the culture and we want them to experience something authentic so this is it — the balut of Pateros,” she said. “This is a product that we could say is one of the country’s original exotic food and it is unique in the municipality.

During the Balut sa Puti Festival last Saturday, the municipality gave spotlight to the exquisite dishes that could be cooked using duck eggs and its meat, such as “pickled itik” and “afritadang balut”.

Agustin said the DOT would be giving recommendations to the local government of Pateros on ways to further promote these and the balut itself, not only as a livelihood but also as means to attract tourists by including the dishes in Pateros restos and carinderias. Joyce Ann L. Rocamora / PNA – northboundasia.com